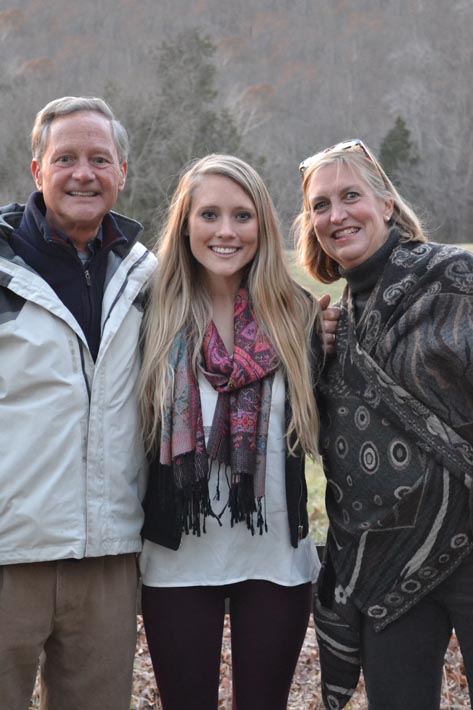 A family’s tragedy inspires help for others

Henry Watkins was successful in achieving most everything he set his mind to. His father, John Henry Watkins II, proudly shares details of his son’s accomplishments. Henry was an Eagle Scout, a multisport athlete, a business student at James Madison University and a Kappa Sigma fraternity brother.

He also lived with addiction. Before the disease took his life in 2010, when he was 21, Henry was attending classes at Virginia Commonwealth University and living in a “sober house” in South Richmond.

“The first time we knew he had the disease was after his first year at JMU,” his father said. “When the fall semester came around, he told us he had a problem and needed help. Unlike his friends, he couldn’t stop [abusing drugs and alcohol].”

As an athlete, Henry underwent surgery in high school to correct a football injury. That’s when his stepmother, Rosalind Watkins, suspects he started abusing prescription drugs.

“His death was a result of alcohol and anti-anxiety medication,” she said. “Any time opiates, or benzodiazepine, known as ‘benzos,’ are used in combination with alcohol, there’s a greater chance of death. We’re way more familiar with this than most people should be.”

Out of the tragic death of their son, the Watkinses chose to do something positive in his memory.

Through a gift of $10,000, made possible by the JHW Foundation established in Henry’s honor, the couple created the John Henry Watkins Endowed Fund to benefit Rams in Recovery. The student-run organization offers personal and social support to VCU students in recovery. The foundation helped establish the group in 2013 with a gift of $3,000, which provided food for meetings, a welcome event for incoming freshmen and group activities.

An additional foundation gift of $10,000 created the John Henry Watkins Scholarship, which will be awarded in 2017 to a full-time student from any degree program, in good academic standing, who is an active participant in Rams in Recovery.

“VCU has so many great things going on in terms of research and addiction,” Rosalind Watkins said. “Rams in Recovery is a piece of what VCU is hoping to accomplish in treating addiction. It’s truly an integrated way of thinking, where all the schools are partnering.

“Rams in Recovery provides support for students if they are in recovery or considering being in recovery. Providing undergraduate students with a safe, supportive environment at school is a relatively new way of thinking.”

Collegiate Recovery Communities have formed on campuses across the country during the past 10 years, based on the success of the program at Texas Tech University in Lubbock, Texas. As of 2011, 21 CRCs in 13 states were serving 625 students.

Rosalind Watkins’ goal is to help make the program at VCU sustainable. “Our hope is that other people in the community will donate so that we can build the program to have a regular meeting space and dedicated faculty,” she said. “We’d love to have on-campus housing, too.”

The couple’s ultimate goal, she said, is to create collegiate recovery programs at more colleges in Virginia, so they can touch many more students.

For VCU students with addiction, Rams in Recovery shows that the university cares about their disease and is there to help.

Lee Lee Watkins, Henry’s sister and a VCU student pursuing her master’s in social work, encourages students to help one another.

“Reach out to Rams in Recovery and provide support in any way possible,” she said. “It’s an amazing program. If you suspect someone may be struggling with abuse or addiction, don’t let it go unnoticed. Reach out and offer a helping hand.”

Her brother’s experience helped shape her decision to study social work. “I want to be able to support, empower and provide hope to people who are going through struggles, much like Henry went through,” said Lee Lee, who graduated in 2015.

“VCU attracts all types of students, and we do a great job of being inclusive. Supporting students in recovery is one more part of that inclusivity, and the Watkinses are so instrumental in this effort,” said Linda Hancock, Ph.D., CFNP, R.N. (M.S.’85/N; Ph.D.’01/E), director of VCU’s Wellness Resource Center, which houses the Rams in Recovery program.

“Students recovering from addiction are just one of many subpopulations at VCU,” Hancock said. “VCU supports all types of students – those with learning differences, those with disabilities and those with chronic illnesses. If a person fails to process sugar, we call that diabetes, and we don’t judge. Nobody would willingly choose to be diabetic or to have a chronic medical condition. Addiction is a chronic medical condition, but the recovering student can function at amazingly high levels as long as they are supported in their recovery. Rams in Recovery wants to be that support.”