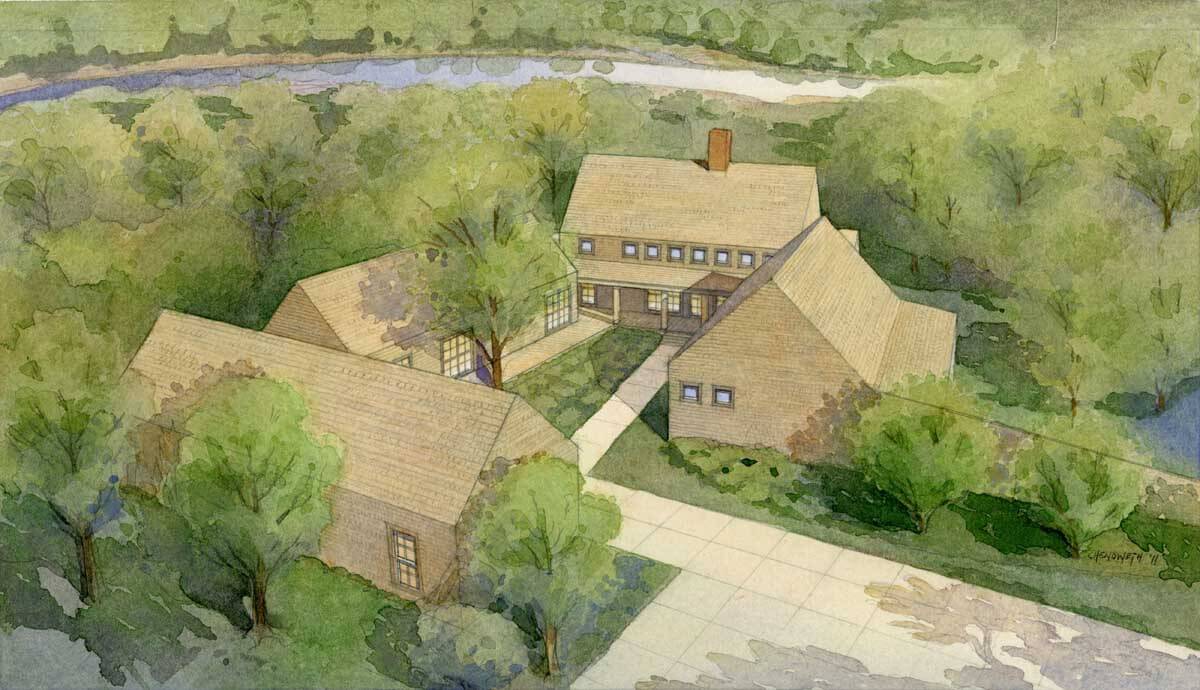 At the widest point along the James River, between Shirley and Berkeley plantations, just off historic Route 5 in Charles City County, Virginia, sit the quiet remains of what was once a YMCA boys’ camp, built around a 70-acre lake. Though the camp and the lake are now gone, the area is still a hub of activity, thanks to the VCU Rice Rivers Center located at the nearby river’s edge.

It’s a pastoral setting, where bald eagles nest and Atlantic sturgeon, once nearly extinct, are making a dramatic comeback, with help from the center’s research programs to rehabilitate and preserve their habitat.

For 15 years, Inger Rice has pursued her dream of preserving this environment along the James River as well as the river itself. Through gifts totaling $5.5 million, she singlehandedly blazed a trail to create the environmental research and education center just 30 minutes from VCU. Today, the center is known worldwide among conservationists and large-river eco-scientists.

The Rice Rivers Center has demonstrated itself as a leader in environmental sustainability and a place where dreams come true. It is home to Virginia’s first LEED platinum-certified building, meaning it holds the highest national certification level for environmentally sustainable buildings. It is also the site of one of the East Coast’s most significant wetlands restoration projects.

From her gift in 2000 of the 342 acres used to create the Rice Rivers Center to her most recent gift in April − $2.3 million to support the construction of an overnight lodge for visiting researchers and the construction of a Research Laboratory Building – Rice has put her dream in fast-forward mode to see these projects finished in her lifetime.

“I’d like to see their completion while I’m alive. I’m here now, so I can check on things and give advice,” she says with a laugh. “I thought if I changed my will a little bit, then I’d be able to see it now, and that would be wonderful.” The plan is for the lodge to be operational by 2017.

Rice views her contribution toward the Research Laboratory Building, $500,000 of her $2.3 million gift, as a way to show corporations and other individuals what they can do to support the cause, which she says is critically important.

“We need to pay attention to water issues now, so that we can prepare for the future,” she says. “You see the trouble in California − there isn’t enough water – we better pay attention to it now. Right here [in Richmond] we have the James, so let’s preserve and honor it as long as we can.”

Rice and her late husband, Walter L. Rice, shared a love of the water. They often spent time along the James with their two children at the site of the old boys’ camp.

Not only has Rice paved the way to see her own dream come true, but she’s also helped make it possible for others to realize dreams of their own.

For Rick Ward (B.S.’11/H&S; M.S.’14/H&S), it’s a dream of returning to school and changing careers. For master’s student Joseph Morina (B.S.’13/H&S), it’s an opportunity to serve as a steward of the environment. Neither would be possible without the Rice Rivers Center’s academic programming and hands-on access to the laboratory of nature.

Ward, a first-year Ph.D. student, returned to school after 19 years in the workforce. With a master’s in biology, he’s collecting data to help in the long-term wetlands restoration project as part of his doctoral studies.

“Mrs. Rice’s generosity has given me a second chance at life – cliché, I know – but this is a leap of faith for me to go back to school and learn a new trade,” Ward says. “It’s hard to support yourself and put yourself through school, and I’m passionate about learning and uncovering new knowledge for the scientific community that, hopefully, will help us restore the environments we need to survive. My dream of having a doctorate degree is possible because of her vision.”

Morina’s experience at the Rice Rivers Center has been just as lifechanging.

“The Rice Rivers Center helped build my scientific career. Having it as a resource to study is crucial,” he says. “It’s been very important to me as a researcher but also as a student and a teacher. We’re so disconnected from our environment, and the center allows us to reconnect and take back the natural environment. On a personal level, I view myself as a steward of the environment. I view it as ‘my land,’ and I take care of it. Though no one should own the wilderness, the center gives me the opportunity to fulfill that dream − to watch over it. It’s something special that I’m allowed that opportunity.”

Leonard Smock, Ph.D., director of the VCU Rice Rivers Center, says Rice has changed the face of environmental research and education at VCU and beyond. “She long ago recognized the need for students to have hands-on experiences in the natural world,” he says, “to become connected with nature, to better understand the complexity of the world around us, and to be trained in the many areas of environmental science so that they could make informed decisions about matters that affect our daily lives.”

Smock notes that her most recent gifts further improve the ability of scientists, students and lifelong learners to become immersed in the many facets of environmental science.

“Because of Mrs. Rice’s generosity, the Rice Rivers Center has developed into a vibrant location of environmental research, education and community engagement,” he says, “and a location that brings together the environmental community, from environmental managers and regulators to the many stakeholders and interest groups throughout the commonwealth.”

With Rice’s full funding of the overnight lodge, Smock and his colleagues can focus on fundraising to complete the Research Laboratory Building. The laboratory will help
VCU attract scientists devoted to preserving rivers at home and abroad.