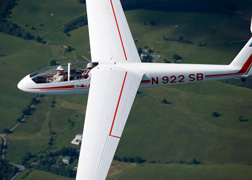 Clelia Johnson turned 101 in September. She remembers clearly coming to work at the Medical College of Virginia soon after high school.

She had “the audacity,” she said, to ask the president of the college at the time, William Sanger, Ph.D., to speak at her medical secretary graduation. That contact led to her first job and then to a more than 60-year career working in medical pathology.

She remembers the very first day of work, being assigned to assist with an autopsy in the dirt-floored morgue of the Egyptian Building. She continued working for Paul Kimmelstiel, M.D., for most of her career.

In the early days, Johnson was willing to work for no salary at all, but soon she was earning $75 a month. She gave her mother and her church each $25. With the remaining $25, she saved enough to install electricity in the Goochland County, Virginia, home where she was born (and still lives), as well as send her sister, Eleanor Johnson Tabb, to Smithdeal Massey Business College.

Over time, Johnson built a reputation in the pathology lab, where she deftly prepared tissue samples for microscopic inspection. She became so good at it that she trained others in the procedure. She said she would enjoy “seeing the technology of how it’s done now” and hopes to take a tour of the laboratory soon.

Johnson firmly believes that MCV changed her life, and she wants to help others pursue their medical careers. So when her family searched for a creative and meaningful way to mark her 101st birthday recently, they thought of the Virginia Commonwealth University School of Medicine.

With a family commitment of $50,000, including an inaugural gift of $10,000 from Tabb, her loved ones established the Clelia M. Johnson Endowed Scholarship. Once the fund hits its $50,000 goal, an annual award will be made to a deserving VCU medical student to reduce debt burden.

“Clelia sacrificed a lot for me, and I wanted to do something to honor her now,” Tabb said.

Through their gift, the family is participating in the School of Medicine’s 1838 Campaign, which aims to increase the number and size of scholarships to give the school a competitive edge in recruiting top students, rewarding student excellence and reducing the burden of debt that has become an inescapable part of choosing a career in medicine.

Clelia Johnson’s name will be displayed on the donor wall in the school’s McGlothlin Medical Education Center.

"Even at 101, Clelia still has the same zest for adventure she has always had,” says her cousin, Ben Johnson, an avid glider pilot who introduced her to his passion. She has traveled the world and now has three glider flights under her belt since she turned 95.

She describes it this way: “It’s just like roaming around in heaven!”

To learn more about the 1838 Campaign in the School of Medicine, contact Tom Holland, associate dean for development, at 804-828-4800 or tehollan@vcu.edu.