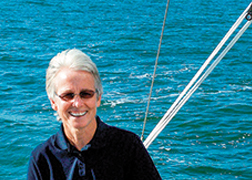 As a national shortfall heightens the need for clinical laboratory scientists, Virginia Commonwealth University's Department of Clinical Laboratory Sciences in the College of Health Professions is heeding the call with a plan to produce more graduates each year.

That plan includes raising money for an endowed professorship that will help attract or retain top educators, Nadder said.

The department launched its CLS Challenge at its 85th anniversary celebration in April 2012 to achieve two goals: raise money for an endowed professorship that will help attract and retain top educators and seek donor support for scholarships and the ever-increasing expense of laboratory equipment and supplies needed to educate students.

"The professorship will allow us to recruit and retain high-quality faculty and to honor faculty that have made significant accomplishments in the field," Nadder said. "We would need several large gifts to make the professorship a reality."

Dowrick's friend of 17 years, Barbara Williams (B.S. '86), said Dowrick was passionate about giving back and wanted to support organizations that helped her succeed, including VCU. Dowrick retired after 35 years at Sentara Norfolk General Hospital as a clinical specialist in hematology.

"She loved going to school at VCU," Williams said. "She had a professor who took her under his wing and mentored her, and that really changed her life."

Dowrick would be honored that the department chose to use her bequest to endow a professorship, Williams said. Endowments typically help fund an existing faculty member's salary, which frees up money for student scholarships and other critical initiatives.

The gerontology department in VCU's College of Health Professions is also in the midst of a fundraising challenge. It launched a three-year campaign in spring 2010 to endow an existing faculty position but recently shifted that mission to accept donations for others purposes, too.

The campaign has raised about $35,000 so far, said E. Ayn Welleford, Ph.D. (M.S. '93; Ph.D. '98), chair of VCU's Department of Gerontology. Donors can give to the endowment fund or specify a cause such as underwriting a webinar or special event or creating a named scholarship, she said.

Every donation helps as the gerontology field prepares for a sharply increasing demand for workers. The first wave of baby boomers turned 65 in 2011, paving the way for a senior citizen population that will double over the next 20 years to more than 70 million.

To make a gift to the departments of Clinical Laboratory Sciences or Gerontology, contact Jessica F. Gurganus, assistant dean for development and external affairs, at (804) 828-3269 or jfgurganus@vcu.edu.