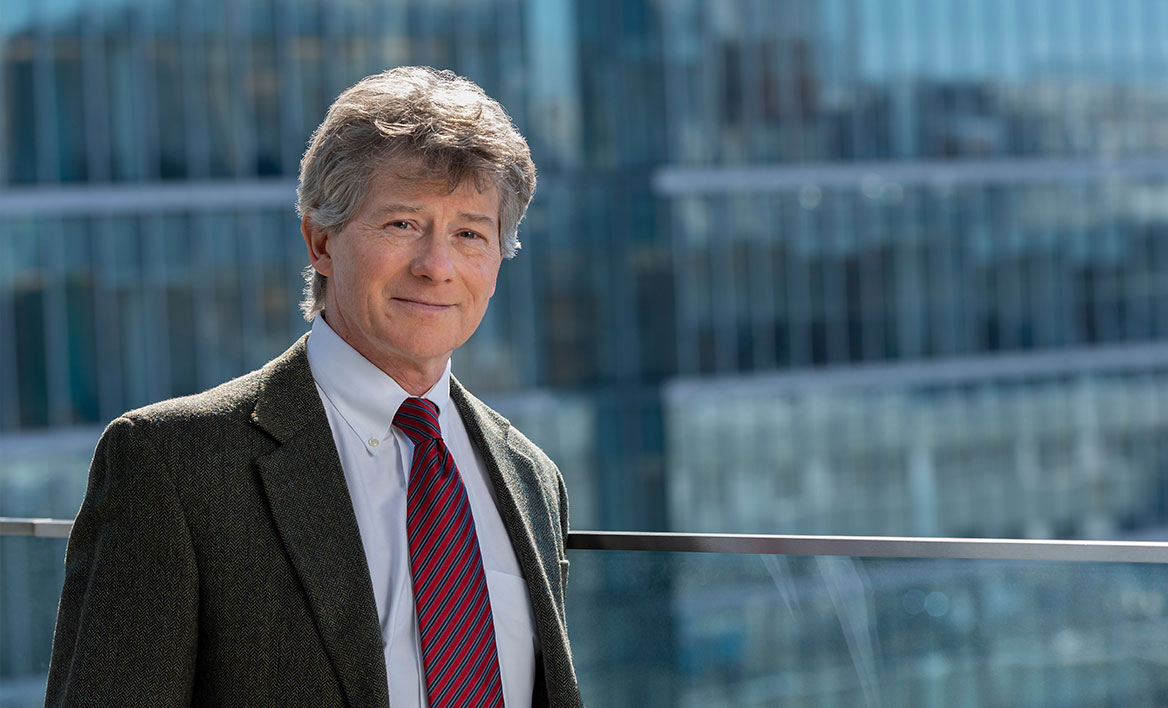 The largest gift in VCU history will accelerate, expand and enhance the university’s groundbreaking work in research, education and treatment of liver diseases and metabolically driven disorders.

With a lifelong goal of becoming a doctor and a career-long fascination with the liver, R. Todd Stravitz, M.D. (H.S.’93/M), came to Virginia Commonwealth University as a fellow in 1990 to learn from some of the country’s top hepatologists. Now, more than 30 years later, he has invested in the university’s liver disease programs with a historic gift that will ensure VCU remains a global leader in this field of medical research and treatment for generations to come.

Earlier this year, Stravitz made arrangements for VCU to receive a $104 million gift from his family’s foundation, the Brunckhorst Foundation, advancing the new Stravitz-Sanyal Institute for Liver Disease and Metabolic Health at VCU. The gift is the largest in the university’s history, and the largest publicly shared gift for liver research in U.S. history.

“My grandfather started the foundation in 1968,” Stravitz says, “but my mother really developed it. It’s mostly an environmental and conservation foundation, but before she died about 15 months ago, she and I decided to expand that to medical research, too. I was given the responsibility and the blessing of choosing a recipient in the medical field and what better recipient than VCU, where I’ve been for 30 years?”

FINDING — AND FULFILLING — HIS CALLING

When Stravitz was 3 years old, his mother proclaimed that he would be a doctor instead of joining the family business, Boar’s Head Provisions Co. Inc., and the idea stuck.

“I never gave it a second thought,” he says.

Stravitz earned his bachelor’s degree from the College of William & Mary in 1982 before attending medical school at the New York University Grossman School of Medicine. There, he trained at NYC Health + Hospitals/Bellevue, the country’s oldest operating — and first — public hospital.

The AIDS epidemic was breaking, and in time, Bellevue would become a central figure in the fight against it, leaving a mark on many new doctors and doctors-in-training there. As formative as it was to witness the suffering of patients with immune systems destroyed by HIV infection, Stravitz says, another group of patients also made a lasting impression.

“The patients who shocked me the most were those with liver disease,” he says. “There were no treatments for liver disease until liver transplantation took hold in the U.S. in the mid-1980s. These patients were the sickest of the sick, and we had nothing to offer them. I was a student then, and I watched the young medical residents and attendings at Bellevue try to fix these folks and keep them alive, but it was a losing battle.”

By the end of his medical education, internship and residency, Stravitz knew he wanted to treat patients with liver disease. He was drawn to VCU for his fellowship training by the university’s reputation as a trailblazer in liver research and treatment.

“VCU had the most cutting-edge liver transplant program certainly in the southeast region, if not the entire U.S.,” he says.

He interviewed for the fellowship in 1990 with then-chairman of the division of gastroenterology, Z. Reno Vlahcevic, M.D. Vlahcevic offered him a position, welcoming Stravitz to the organization where he would spend the entirety of his 30-year career in hepatology, a subspecialty focused on the liver, gallbladder, and biliary tree.

“A lot of other programs have faculty who come and go, moving up the academic ladder looking for other things,” says Stravitz, who retired from the university in 2020. “VCU offered me everything. The university and hospital were always supportive, and I had my mentors and great colleagues. Besides, Richmond is a great city. There are so many reasons that I stayed. This was home.”

Stravitz’s transformational gift follows the creation of a new institute in the VCU School of Medicine focused on research, education and treatment of liver diseases and metabolic disorders, which often start in the liver. Led by Arun Sanyal, M.D. (H.S.’90/M), a researcher and liver disease specialist at VCU Health who holds the Z. Reno Vlahcevic Professorship in Gastroenterology Research and is chair of the Division of Gastroenterology, Hepatology and Nutrition, the Stravitz-Sanyal Institute will build on the success of the university’s nationally recognized hepatology and liver transplant programs and will solidify VCU as a global leader in the field.

“Arun is a visionary,” Stravitz says of Sanyal. “He is, quite simply, the most recognized liver physician in the world, and he’s just the man to take this on.”

During Stravitz’s time as a fellow, he first met Sanyal, then a first-year attending physician. Stravitz remembers sitting in on Sanyal’s visits with patients, paying close attention to the way he communicated with them.

“I learned how to talk to patients by watching Arun,” Stravitz says. “He is a compassionate listener, and he always took the time to dissect things down to the simplest, most understandable form. His patients left the room thinking, ‘This guy cares about me and is going to help me.’”

Over the next 30 years, the pair developed a close connection as mutually respected colleagues and friends. At first, they bonded over hours in the research lab, joking affectionately about the quirks of their mentors who Stravitz views as the “first generation of great liver doctors.” Today he, Sanyal and their colleagues are the second generation of such doctors, and they share a vision for what it will take to shepherd the third.

“Largely it’s relationships,” Stravitz says. “We’re all products of our mentors who nurtured us along to be good doctors and researchers. Dr. Sanyal is really superb at mentoring. He’s going to ensure the third generation is successful and really make VCU the No. 1 liver center in the world.”

This new generation will be tasked with building on discoveries that are just beginning to emerge as opportunities for liver disease treatment. For now, the only cure for end-stage liver disease is liver transplantation, but new medical advances are laying the groundwork for some genetic liver disorders to become solvable without transplantation.

“Offering gene therapy for a condition that usually requires liver transplantation would be a monumental feat,” Stravitz says. “Modern medicine is on the cusp of doing that, but gene therapy is an expensive field of research. I was in basic research long enough to know that the worry about the next grant is always in the back of your mind.”

Additional funding, Stravitz knows, will be critical to every element of the liver institute’s mission. He is hopeful that the gift from his family’s foundation will help the institute recruit seasoned and top-notch physician-scientists, foster collaboration and innovation and make a lasting impact on public health. Those outcomes, he says, are more important to him than any personal recognition or acclaim.

“This gift is the legacy of my mentors and the work they started decades ago,” Stravitz says. “VCU has been so important to liver disease research. I want to make sure this place shines and that people benefit from the work that’s done here.”

To learn more about the Stravitz-Sanyal Institute for Liver Disease and Metabolic Health at VCU, visit go.vcu.edu/liverinstitute.