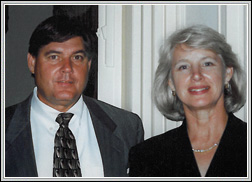 With the stock market continuing its difficulties, personal 401(k) accounts are not the only investments suffering. Universities across the country are watching their endowments shrink significantly, putting scholarships and other endowment funds at risk of not being awarded in the coming year and beyond.

Each of these foundations is adapting to the downturn in differing ways.

“A good number of our individually endowed funds have a market value below their respective historic dollar value,” said William P. Kotti, Ph.D., president of the MCV Foundation. “The MCV Foundation uses a three year averaging formula, which provides a leveling effect for the peaks and valleys of market performance.

“We are confident that we will be able to cover the payout demands on all of our endowed funds on the MCV Campus for the next fiscal year. However, we are closely monitoring the situation, for if the financial markets continue to drop, sustaining the same level of support through the endowment will become more challenging.”

The VCU Foundation manages about 400 endowment funds for schools on the Monroe Park Campus and employs a similar formula, said Thomas C. Burke, executive director, but many of the funds are fairly new and do not have a lot of cushion.

“Each endowment fund’s performance is affected by when it was established,” Burke said. “All scholarships that have been created at the VCU Foundation since 2000 — over half of those on this campus — have less money than the original gift amount. We are in an unprecedented place. I hope our funds will recover over the next two years; however, it could take longer depending on the economy.”

That’s where donors can make a difference.

“Donors have called to offer additional gifts to keep important research moving forward and making sure that outstanding students on both campuses can continue receiving assistance,” Kotti said.

John Seibert (B.S. ’72), president of Manchester Marketing Inc. and Seibert’s Family of Companies, stepped up to the plate this winter when he learned the Seibert Family Scholarship, which he and his wife, Shirley, created in the School of Business, might not be awarded this fall.

“We created the Seibert Family Scholarship because we are committed to supporting the School of Business in attracting outstanding students,” Seibert said. “We did not want to interrupt that momentum because of the economic situation, so we made an additional gift.”

The other campus foundations are calling on donors and alumni to help, too.

“We’ll work through this, and our alumni and friends will help ... as they always have,” said Ken Blaisdell, executive director of the School of Business Foundation. “The students’ financial welfare comes first, and we will do all we can to ensure that they receive the support due them.”