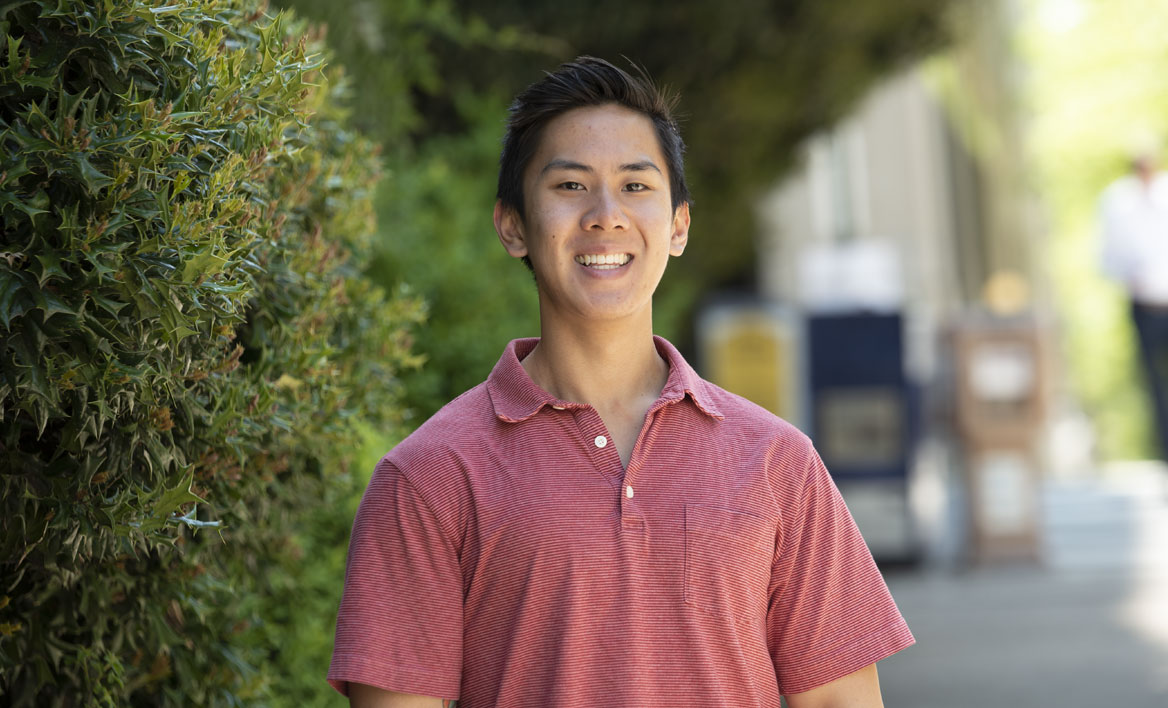 Set up to succeed

Anawat Laohakanchanasiri (B.S.’19/B) was a senior at Westfield High School in Chantilly, Virginia, the first time he heard the phrase “first-generation student.”

“I started applying to colleges and my guidance counselor was like, ‘Oh, you’re considered first generation, right?’” Laohakanchanasiri says. “I didn’t know what that meant.”

Laohakanchanasiri’s parents emigrated to the United States from Thailand with high school educations. He had no guidance at home on financial aid, college applications or the unique language and culture of higher education.

“Going into it, I really didn’t know what I was doing,” says the 22-year-old recent graduate of the Virginia Commonwealth University School of Business. He chose VCU because of its diversity and because he loved Richmond, but he arrived in fall 2015 burdened with uncertainty.

A self-described shy person, Laohakanchanasiri could have been overwhelmed trying to navigate his new environment. But an email from Daphne Rankin, Ph.D. (M.S.’88/H&S; Ph.D.’04/H&S), associate vice provost for strategic enrollment management, put him on the right track.

Rankin invited Laohakanchanasiri to apply for the Altria Scholars program for first-generation students in engineering and business. The four-year program, established in 2015 with a $500,000 gift from the Altria Group and administered by the Division of Strategic Enrollment Management, is designed to help first-gen students in designated majors succeed in their studies and graduate on time with minimum debt.

Students who are selected receive guidance from a progress coach, a graduate student from the VCU School of Education, during their freshman and sophomore years. They meet with their progress coach one on one and in small groups to discuss study habits, social and emotional health, time management, public speaking and other skills. In the third and fourth years, Altria Scholars who excel academically and have significant financial need can apply for scholarships as part of the program. In some cases, students are invited to apply for internships or networking opportunities.

Laohakanchanasiri became a member of the first cohort of 28 Altria Scholars in 2015-16.

“I went to my first session, and it was really eye-opening,” Laohakanchanasiri says. “I got to meet other people in similar situations. We talked about how to study, how to allocate time, and mindfulness, which sounds cheesy but was actually very helpful.”

Amelia “Mia” Liadis (B.A.’14/A; B.S.’14/H&S; M.Ed.’17/E), also a first-generation student, was Laohakanchanasiri’s progress coach. During her two years as coach, Liadis says, she assessed each student’s needs at the beginning of the semester to set short- and long-term goals. “We’d check in on those during our appointments,” she says. “Each of us had setbacks. I’d work closely with each student to frame ideas of ‘failure’ as feedback.”

Liadis says Laohakanchanasiri took advantage of the self-improvement ideas and activities offered through the program. He was awarded a $3,500 Altria scholarship before his junior and senior years based on his high GPA and financial need as determined by Rankin and the Office of Financial Aid. Each year, 28 scholarships are offered to qualifying Altria program juniors and seniors.

The program’s guidance, support and networking components set Laohakanchanasiri up to succeed.   “My progress coach acted as a facilitator on behalf of the program,” he says. “The scholarship went toward my tuition and the cost of living, books and school supplies. It alleviated the need for my parents to fund a majority of my expenses as a student. This cohort of students allowed me to understand that I am not the only one who doesn’t know how to navigate college as a first-generation student. I met a lot of similar individuals who are in the same position as I am and we were able to bond over that.”

Kathryn Fessler, senior director of corporate citizenship at Altria, says the company is pleased to provide first-generation VCU students with scholarships, networking opportunities, coaches and professional development programs. “By supporting first-generation students, we’re helping build a robust and diverse talent pipeline for our companies and other enterprises throughout the commonwealth,” Fessler says.

The Altria Scholars program has been a catalyst for helping VCU identify and address the particular needs of first-generation students. For example, Summer Scholars, a five-week invitation-only program for incoming first-year students, is now devoted to first-gen students. Summer Scholars have the opportunity to get a head start on their path to graduation by taking university classes, earning course credits and building community and class unity before their first full semester on campus. The students also become better acquainted with Richmond, Virginia, and the VCU community.

The Division of Strategic Enrollment Management created You First at VCU in 2017, a network for programs and initiatives such as Altria Scholars that serve first-generation students and their families. The You First at VCU website provides information on scholarships and financial aid, programs such as Summer Scholars, a higher education glossary and more. The division began partnering last fall with a You First at VCU student sub-group to provide monthly dinners and information sessions on topics of interest to first-gens.

In May 2018, first-generation graduating seniors began receiving You First at VCU pins to wear on their regalia at Commencement.

Altria’s investment in the engineering and business schools runs deeper than the scholars’ program. The Richmond-based Fortune 200 company gave $1 million in 2017 to support construction of the Innovation Maker Facility in the School of Engineering. The VCU da Vinci Center for Innovation, a collaboration among the schools of Arts, Business and Engineering, received $1.5 million from Altria in 2012 to support interdisciplinary innovation.

Altria funds other scholarships at VCU and employs numerous graduates of VCU engineering, business and other disciplines.

“Altria has been a great partner to the School of Business, and we have hundreds of alumni employed there,” says Dean Ed Grier. “They are committed to the success of our students and ensuring that we have a vibrant community.”

Laohakanchanasiri plans to pursue a master’s in accounting at VCU. “I don’t think I’d be in the best position I am today, graduating on time, if I didn’t take this opportunity,” he says.