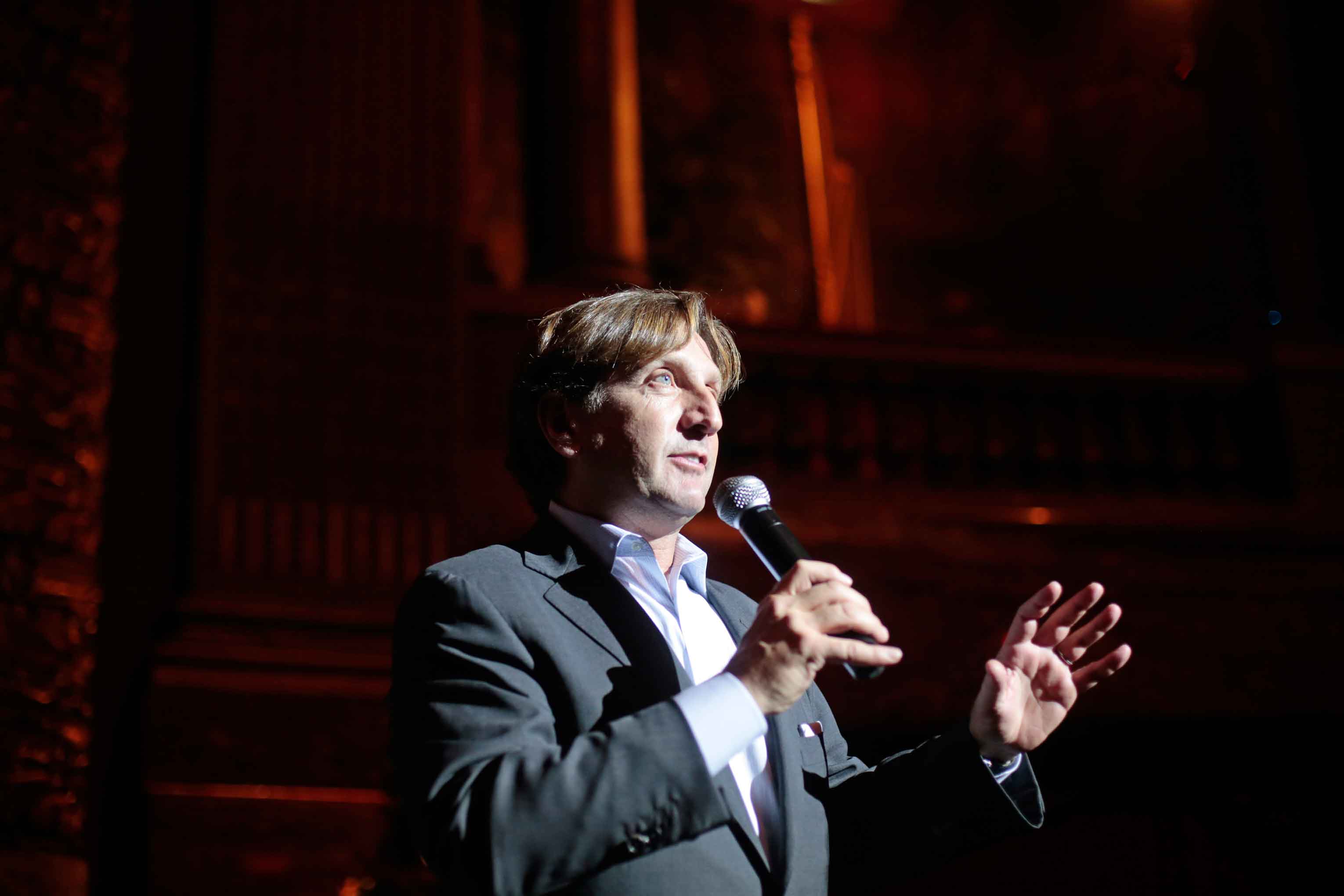 The annual AICP Show: The Art & Technique of the American Commercial is a glittering date on the advertising industry’s calendar, showcasing and celebrating the artistry and expertise of makers of commercials in the United States. After its premiere at New York’s Museum of Modern Art, the awards show embarks on a tour of the major national and international advertising cities: Los Angeles, San Francisco, Chicago, Dallas, Miami and Detroit, among others.

A slightly unexpected stop along the way is Richmond, Virginia’s, Byrd Theatre, where Eric Boyd (M.S.’06/B) enjoyed the rare privilege of attending the show as a student at Virginia Commonwealth University. He was enrolled in the copywriting track at the VCU Adcenter (as the Brandcenter was formerly known) from 2004 to 2006.

“It’s always nice to know that … people still have enough pride in the industry to go out and show the best of the work,” Boyd says of the show coming to town. “[It’s] reassuring when you’re a student.”

The show is brought to Richmond by the Association of Independent Commercial Pro­ducers and is sponsored by the Richmond Ad Club and the Virginia Production Alliance. Brandcenter students are invited to attend for free. It’s an opportunity to celebrate and “show the best of the world to the best of Richmond,” says Brandcenter Director Helayne Spivak. “It’s a very exciting event. It brings together VCU Brandcenter students and faculty with the Richmond advertising community.”

Matt Miller, president and CEO of the AICP and a member of the Brandcenter’s board of directors, is the reason both that the show comes to Richmond and that the school’s students can attend. His organization, whose members produce 80 percent to 85 percent of all nationally and regionally televised commercials in the United States, disseminates industry information, negotiates labor agreements, develops industry standards, provides professional development and puts on the AICP Show.

“It’s the largest advertising awards show in the United States,” Miller says, adding that the recognized work is added to the archives of MoMA’s Department of Film every year. “So the show is meant to both inspire and be archived, so that future generations can look at the evolu­tion of important works in advertising.”

For Richmond’s future industry players, the AICP Show is a special treat: Though Miller’s organization occasionally puts on screenings at other schools across the country, no other students are invited to attend the traveling show alongside the professionals they hope to become.

But providing that access is just a small part of what Miller does for Brandcenter students. In 2005, he established the AICP Directors Scholarship, a merit-based fund that, over the years, has awarded $176,000 in varying amounts to almost 100 recipients from the Brandcenter’s five tracks (art direction, copywriting, strategy, creative brand management and experience design).

The fund was initiated by then- Adcenter Director Rick Boyko and Miller and kicked off by prominent com­mercial directors Joe Pytka, Erich Joiner and Baker Smith, whose donations were matched by Kodak. It is now solely fed by consistent gifts from the coffers of the AICP Foundation, a nonprofit that raises money to train and nurture young talent, with a specific eye toward bringing diver­sity to the industry. It constitutes what Miller likes to call a “lifestyle scholarship” – inspired by the vision of the school and the way it has always operated.

“Students approach their projects working in the same manner they would if they were working in the advertising industry, meaning 24/7 – it’s not 9 to 5,” Miller says. “I felt like that really wasn’t feasible for them to be totally immersed in the program and also have a job wait­ressing at night or driving a taxi.”

Recipients write an essay to apply for the scholarship and are chosen by a committee.

“He knows what it’s like to be a stu­dent, and I think he’d just be happy if it was to be able to go to a restaurant one night as opposed to eating at the ma­chines downstairs,” Spivak says of Miller and the financial assistance the scholar­ship provides. “It’s to help them live in a way that makes working as hard as they do at the Brandcenter a little easier.”

Boyd was one of the first wave of students to receive $2,000 from the scholarship in 2005. As an older student who had come back to school after working, he says the assistance provided the ability to remind himself of his former life from time to time.

“It does allow you to step out of [the world of study], just for a moment. Anything that helps you be a little bit more self-reliant … is nice,” he says.

After graduating, Boyd freelanced at Wieden+Kennedy in New York, then came back to Richmond for a job at the WORK Labs agency before moving to San Francisco and pursuing roles at Cutwater, Goodby Silverstein and Venables Bell & Partners. He is now a creative director with his own agency in San Francisco.

These days, as an established (and busy) member of the ad community, Boyd isn’t likely to make it to the annual AICP Show. But his work is. Intel’s “Look Inside: Mick Ebeling,” one of a series of three Intel ads he worked on as associate creative director while at Venables Bell, received the Curators Recognition at the 2014 awards and won in the Cause Marketing category of the AICP Next Awards, which honor innovative work in the most cutting-edge fields.

Boyd is modest about this success. “It’s about two seconds of validation, and then you kind of move on to the next thing,” he says. “But … I’m really kind of proud of myself for getting in there.”

There’s no doubt in Boyd’s mind that his Brandcenter background – and the scholarship that helped him study there – has benefited him in his career.

“You still have to do the work, and you still have to be good to get in the door, but between who was on the faculty, who you’re going to be surrounded by … it really did help,” he says.

Miller agrees, noting the school’s unrivaled reputation in the industry.

“Students are getting placed very quickly as they come out of the Brandcenter, and it’s for good reason, because their training is very unique, very real world. There’s a really interesting practical experience and knowledge that they come out with that’s second to none.

“We hope that [the scholarship] enables them to focus on their studies while they are there, and get the most out of their education so that they succeed,” Miller continues. “Not being in it 100 percent, they’re not going to derive the benefit of that education.”

To learn more about Brandcenter, contact Emily Toalson, director of development, at (804) 827-8868 or ehtoalson@vcu.edu.