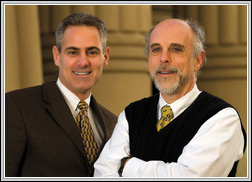 Jeffrey S. Kreutzer, Ph.D., ABPP, FACRM, a longtime faculty member in the Virginia Commonwealth University School of Medicine’s Department of Physical Medicine and Rehabilitation, was appointed to the Rosa Schwarz Cifu Professorship in recognition of his scholarship in the field of brain tumor rehabilitation.

The income generated from the endowment is used for supplemental salary support for the chair holder and can include funding for research, travel to scientific symposia and other activities.

The Rosa Schwarz Cifu Professorship honors the late mother of Dr. David X. Cifu, chair of the physical medicine and rehabilitation department, executive director of the VCU Center for Rehabilitation Sciences and Engineering and national director of PM&R services for the Veterans Health Administration. In 2004, Cifu joined his father, two brothers, his wife and her parents to make the initial gifts that established the professorship fund. Many of Cifu’s aunts, uncles and cousins also have contributed to the fund over the years.

After a 30-year career as an oncology nurse in Long Island, N.Y., Rosa Schwarz Cifu was diagnosed with cancer herself. She received care at the VCU Massey Cancer Center before her death in 1999.

“She was enamored by the care of the cancer rehab team,” Cifu said. “My family wanted to give back to promote the rehabilitation efforts that are often a part of cancer care.”

The endowment supports the rehabilitation mission of the department, with a specific emphasis on cancer-related disabilities. And that makes a good fit for Kreutzer.

As a professor of neurosurgery and psychiatry, Kreutzer’s work merges the arenas of clinical care, leadership and educating students and fellows.

“Many of the patients that I see have brain tumors and other neurological conditions,” Kreutzer said. “When a person has a tumor, it can affect their cognitive abilities, including memory and vision, and they can suffer from emotional and personality changes and depression.”

Cifu has enjoyed a decades-long collaboration with Kreutzer in co-writing papers and grants. And as department chair, he knows firsthand the prestige of being named the recipient of an endowed professorship.

“It’s a privilege to represent the person or a family who established the endowment, and the financial support allows you to expand your academic practice beyond what is typical for most faculty members to achieve,” Cifu says.

In January 2008, Cifu and his wife, Dr. Ingrid Prosser, established another professorship in the School of Medicine, the Helga and Ernst Prosser Professorship, in the name of Prosser’s parents. The professorship fund supports the general rehabilitation of patients with disabilities.

“Physical medicine and rehabilitation is one of our signature clinical and research programs,” says Dr. Jerome F. Strauss III, dean of the VCU School of Medicine. “[This kind of support] is critical to our efforts to improve quality of life across all ages and reduce the burden of chronic disease. Endowed positions like the Rosa Schwarz Cifu Professorship are the vehicles through which we attract and retain outstanding scholars.”

To make a gift to the School of Medicine, contact Tom Holland, associate dean for development, at (804) 828-4800 or teholland@vcu.edu.