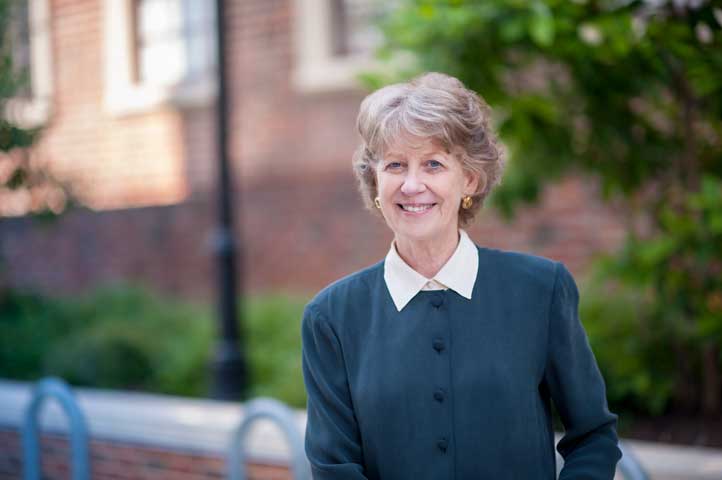 Endowed chairs and professorships are among the highest forms of recognition provided by a university to a faculty member. These prestigious positions are critical in recruiting, retaining and supporting the work of distinguished faculty. A handful of VCU’s endowed chairs from across campus share how the funding has provided the resources needed to take their work to the next level.

Less than 1 percent of neurologists in the country are board-certified in neuro-oncology, a subspecialty that treats patients with cancers of the brain and spinal cord. In Virginia, more than 700 people are affected by primary malignant brain tumors each year, and about 4,000 more face complications from other cancers that have spread to the nervous system.

Mark G. Malkin, M.D., F.R.C.P.C., F.A.A.N., is the only board-certified neuro-oncologist in the Richmond, Virginia, area and one of just three in Virginia. In 2013, he was recruited by Virginia Commonwealth University from the Medical College of Wisconsin to build from scratch a comprehensive neuro-oncology program at VCU.

Today, that program is thriving. Malkin developed a neuro-oncology program with both clinical and academic elements, enlisting a staff of two more neuro-oncologists, a neuropsychologist and a nurse practitioner. In addition to seeing patients and creating an educational program for medical students, neurology residents and hematology-oncology fellows, Malkin has dedicated much of his time to research.

“Our team is focusing on translational research that takes innovative ideas from bench to bedside,” he says. “We’re able to bring the science that has been developed in the lab and apply it in our own clinical trials.”

In its first year, the team saw 33 patients, with one patient par­ticipating in the division’s single clinical trial. This year, Malkin says, the team is on track to see 294 new patients. In 2016, 19 patients participated in nine clinical trials, including a phase I study of the drug dimethyl fumurate used with standard care for glioblastoma, the most common primary malignant brain tumor.

“The initial lab experiments that suggested we explore this possible treatment further were conducted right here at Massey Cancer Center,” Malkin says. In June, he traveled to Chicago to present the results of the trial at the annual meeting of the American Society of Clinical Oncology, where 38,000 oncology professionals from around the world gathered to discuss the latest developments in cancer research.

Malkin’s recruitment and successes on campus can be attrib­uted, at least partially, to the William G. Reynolds Jr. Chair in Neuro-Oncology he holds. Reynolds, former vice president of government relations and public affairs at the Reynolds Metals Co. and former member of the MCV Foundation board of trustees, died from a brain tumor in 2003. In 2006, the Richard S. Reynolds Foundation pledged $1 million to support the VCU School of Medicine to establish, in his memory, VCU’s first chair in neuro-oncology.

“We believe that William G. Reynolds Jr. would share our enthusiasm for the pioneering work being done in his memory by Mark Malkin,” says Richard S. Reynolds III, the foundation’s president and cousin of William Reynolds. “We are very excited with his work and know that his achievements will only grow in importance as he continues in that field.”

Until now, the next nearest neuro-oncology specialist was located at the University of Virginia Health System in Char­lottesville, Virginia. Ashlee Loughan, Ph.D., who specializes in neuropsychology on Malkin’s team, says that many of their patients can’t drive because of physical or cognitive side effects of their treatments and depend on family members or friends to get to their appointments.

“So many of our patients have commented on what a relief it is to have more convenient care,” Loughan says. “Our team is committed to doing anything we can to reduce the burden on our patients and their families.”

Malkin says none of this progress would have been possible without the generosity of the Reynolds Foundation. He sees endless opportunity for the program’s continued development. In addition to holding clinics at hospitals in downtown Rich­mond, Stony Point and South Hill, Malkin is now focusing on increasing the program’s reach into the community by expanding as far as Williamsburg, Virginia, to make expert care even more accessible to patients in need.

Funding for the School of Dentistry’s first endowed chair was provided by friends, colleagues and alumni who sought to preserve the legacy of S. Elmer Bear, D.D.S., the founder and first chairman of the department’s residency program. Holding the endowed chair gives Abubaker the responsibility of attracting qualified faculty and top residency candidates to the program, ensuring it main­tains its status as one of the best in the country.

But later that same year, Abubaker’s vision for the program’s future changed after his son, Adam, passed away from a hero­in overdose. Like many other heroin users, his son’s addiction started with pain killers that had been prescribed to him by a doctor for a shoulder injury.

Since then, Abubaker has used his role as the Bear Chair to shape the way current dentistry students learn about prescrip­tion drugs and addiction in their training. He worked through his grief by focusing his energy on advancing the department’s commitment to excellence in education and training for faculty and students.

“Even when faced with an unthinkable personal tragedy, Dr. Abubaker serves with distinction, irrespective of who asks or where his service is needed,” says Dean M. DeLuke, D.D.S., the director of VCU’s Oral and Maxillofacial Surgery Predoctoral Surgical Program. “He truly is a visionary. He is always thinking ahead and focusing on the maturation of faculty and students.”

Abubaker hopes to honor Bear’s legacy and to bolster the department’s reputation by making sure its students are as com­passionate as they are skilled.

“I see my role as an opportunity to advocate for compassion as the foundation for approaching addiction,” Abubaker says. “Someone who has been practicing dentistry for decades may find it difficult to change their ways. It is important to equip dentistry students with these skills from the very beginning in order to help the medical community change.”

To learn more about the School of Dentistry, contact Gloria F. Callihan, J.D., associate dean for development, at (804) 828-8101 or gfcallihan@vcu.edu.

She is still in her first year at VCU, but J. Denise Burnette, Ph.D., the Samuel S. Wurtzel Endowed Chair and professor in the School of Social Work, has wasted no time getting involved.

Throughout the 2016-17 academic year, she collaborated with peers from Columbia University and around the world to develop transdisciplinary programs designed to enhance social work education and practice, with a particular focus on improving understanding and interventions for older adults.

“I hope to contribute meaningfully to initiatives that promote the psychosocial well-being of older adults and their families and communities in low-resource settings,” says Burnette, who has focused on similar work for much of her career.

This summer, she joined an interdisciplinary group from the School of Medicine on its annual trip to Pampas Grande, a re­mote enclave in the Andean highlands of Peru, to provide health services and to develop ways to address the community’s mental health needs.

The Samuel S. Wurtzel Endowed Chair in Social Work was funded by Alan Wurtzel in memory of his father, Samuel. Alan Wurtzel’s goal was to create a resource for scholars like Burnette to continue his father’s humanitarian vision. By supporting independent research and scholarship, the chair provides a stimulus for the generation of new ideas and methods in the School of Social Work so that its students graduate prepared to make a difference.

“If I can pass on the confidence, opportunities and inspiration others have invested in me, I will be proud of that legacy,” Burnette says.

To learn more about the School of Social Work, contact Portia Chan, donor relations associate, at (804) 828-0154 or pgchan@vcu.edu.

William E. and Miriam S. Blake Chair in the History of Christianity

For a recent project, Andrew Crislip, Ph.D., and a dozen top global scholars visited countries around the world, including Germany and Spain, to work together on recovering a collec­tion of native Egyptian literature. Travel is common in Crislip’s line of editing ancient and medieval texts. Without the support of the William E. and Miriam S. Blake Chair in the History of Christianity, he couldn’t do much of the highly collaborative work.

“This sort of work requires spending time in libraries around the world in places where many of these medieval manuscripts have been scattered throughout history,” Crislip says. “Being able to travel and collaborate with my colleagues both in the United States and abroad is an important part of my job, and having this chair makes that possible.”

Crislip has also used the funding to hire several graduate research and teaching assistants who have gone on to careers in the same field. David Roettger (B.A.’08/H&S; M.S.’13/H&S), one of Crislip’s former graduate assistants, is now teaching as an adjunct instructor in the VCU Department of History.

“I always knew I wanted to pursue teaching as a career, but working with Dr. Crislip gave me my first in-depth look at what that career would be like,” Roettger says. “That opportunity was my first experience doing a lot of in-depth and specific research on the history of Christianity, which I still get into often in both my research and my teaching.”

Created in 2004 with a gift from an anonymous foundation, the Blake Chair honors William E. Blake Jr., Ph.D., and his decades of service teaching the history of Christianity in the VCU De­partment of History in the College of Humanities and Sciences. He retired from his full-time position in 1992 after 27 years, but he continued teaching as a professor emeritus until 2012.

In 2016, William and Miriam Blake made arrangements in their estate plan for a $100,000 planned gift to supplement the Blake Chair endowment as well as for additional funds also in their names in the Department of History, the School of Educa­tion and the Cabell Library Special Collections and Archives.

“Endowments like this one provide a way for donors to guar­antee that fields of study that provided them with inspiration for lifelong learning will always be a part of VCU,” Crislip says.