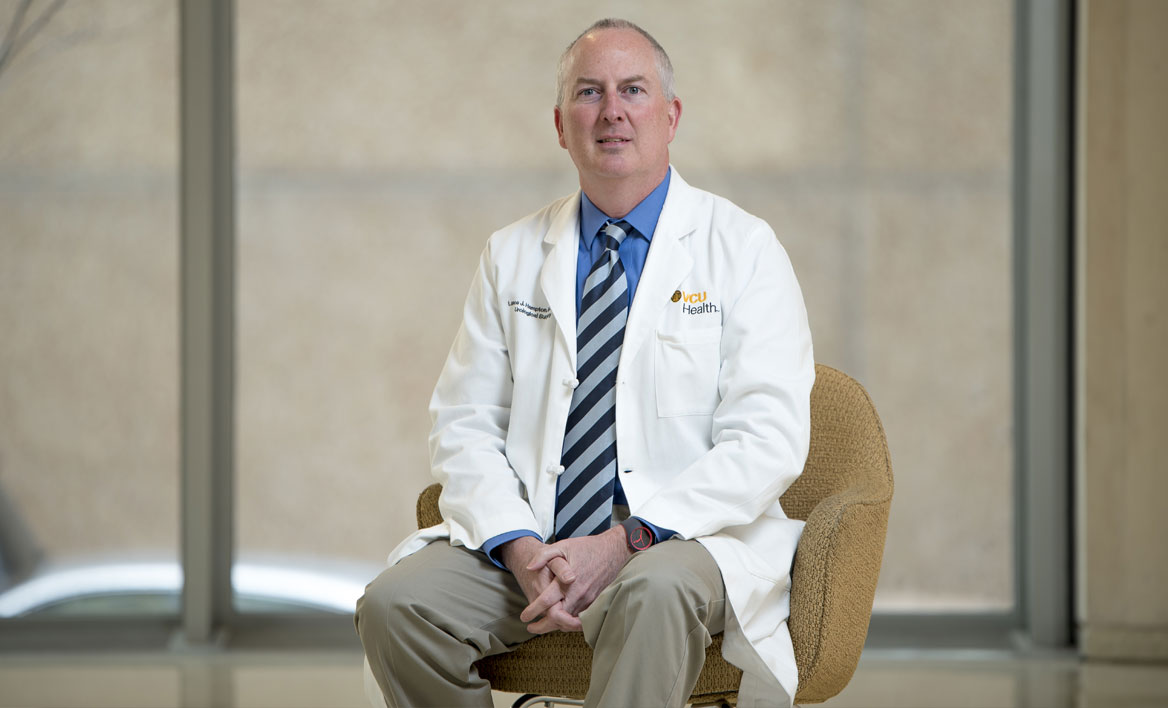 Virginia Commonwealth University School of Medicine Urology Chair Lance Hampton, M.D., has traveled to Vietnam almost every year since 2009 as a volunteer mentor for IVUmed’s Traveling Resident Scholarship Program. The program pairs a mentor with a urology resident from the United States and sends them to a host country, where they provide training in the advanced techniques they use at home and experience surgery in a developing country with minimal resources.

At VCU, Hampton is the holder of the Barbara and William B. Thalhimer, Jr. Professorship in Urology, which was established in 1989 to attract and retain eminent urology scholars. The professorship supports all of Hampton’s efforts to advance VCU’s urology program, including his work with the Vietnam volunteer program. “These trips have enhanced my surgical practice in many ways,” Hampton says, “and have helped me to educate future urologists and help the patients of central Virginia as well.”

This is Hampton’s personal account of his trips over the years.

LIKE MOST AMERICANS, the only things I knew about Vietnam were the stories that I had heard about the Vietnam War. As a child of the ’70s, I grew up in a time where everyone, from my parents to the media, was trying to put the war behind them. Little did I know then that many years later, I would be traveling regularly to the heart of the Tet Offensive in Hue, Vietnam.

When I arrived at VCU Medical Center from Southern California in 2008, I found out about a longtime urology volunteer program based out of the University of Utah, International Volunteers in Urology (soon to become IVUmed). IVUmed is a nonprofit organization dedicated to teaching urology in developing countries, and the program offered the chance for a “resident mentor” trip to Hue, Vietnam. I was interested in international volunteering, so I immediately applied and was accepted. One of my residents, Cameron Wilson, M.D. (M.D.’07/M; H.S.’12/M), also applied and accompanied me to Hue in October 2009.

Hue is known as the imperial capital of Vietnam. It was home to the Nguyen emperors for hundreds of years. In the middle of the current modern city is the Citadel, an ancient, walled city. The Perfume River splits the city and runs just south of the Citadel. Nationwide, the Vietnamese recognize the Per-fume River as the “most beautiful river in all of Vietnam.”

The city is also home to Hue University School of Medicine and Pharmacy, which is the third-largest medical school in Vietnam and graduates more than 1,000 physicians every year, who practice throughout the country. The medical school is our base during our time there. Our days are filled with a continuous rotating schedule of operating, teaching, lecturing and, of course, eating and drinking with our extraordinarily friendly Vietnamese hosts.

The VCU trips to Hue have been extremely beneficial to both institutions. “A good mechanic never blames his tools” is a com-mon expression in surgery, and these trips have taught me that a master surgeon provides excellent care, regardless of the avail-able tools. Surgically, the Vietnamese urologists are masters of their craft, but they are working with severely limited resources. Laparoscopy, which has been a standard feature of American operating rooms for 30 years, has only recently been possible in Vietnam. At VCU, we have been performing robot-assisted surgery for the past decade. Virtually all major hospitals in the United States have at least one surgical robot (and most have multiple robots). Vietnam has two robots in the entire country, servicing a population of 92 million people.

We have expanded the services provided at Hue University to include urologic cancer care, advanced laparoscopy, pediatric urology, reconstructive surgery, percutaneous stone surgery and even advanced plastic surgery techniques with our colleagues in the VCU Division of Plastic Surgery.

Returning to the United States after these trips, I have incorporated many Vietnamese surgical techniques into my practice, and they have been used to help patients in central Virginia. Just a few weeks after returning from our inaugural trip, I met a patient with an extremely large renal stone that I removed in a single operation using an “old-fashioned” open technique I had learned in Hue. In the United States, this type of operation is typically performed using minimally invasive techniques that can involve multiple procedures, last several hours and leave the patient with multiple stone fragments.

For the seven VCU urology residents who have participated over the years, this has been an opportunity of a lifetime. A global perspective of education and surgical care enables these future urologists to appreciate what they have and to practice an altruistic approach to global health care. After graduating from VCU urology, many residents have continued to be involved in international surgical volunteering.

Thanks to the Thalhimer Professorship held at the MCV Foundation, along with the VCU Department of Surgery and the Division of Urology, these trips have been met with tremendous support, including financial. Through the medical school’s dean’s office and the VCU Global Education Office, we now have a formal collaboration agreement between the VCU School of Medicine and Hue University School of Medicine and Pharmacy to provide teaching and continued interaction.

As surgeons and educators in the most prosperous country in the world, we have a debt to the rest of the world. It’s not enough to sit back and enjoy the many benefits and luxuries that we are lucky to have. We are obliged to give back and leave this world better than we found it. For me, this means improving surgical care and the education of residents, medical students and patients in central Vietnam as well as in central Virginia.