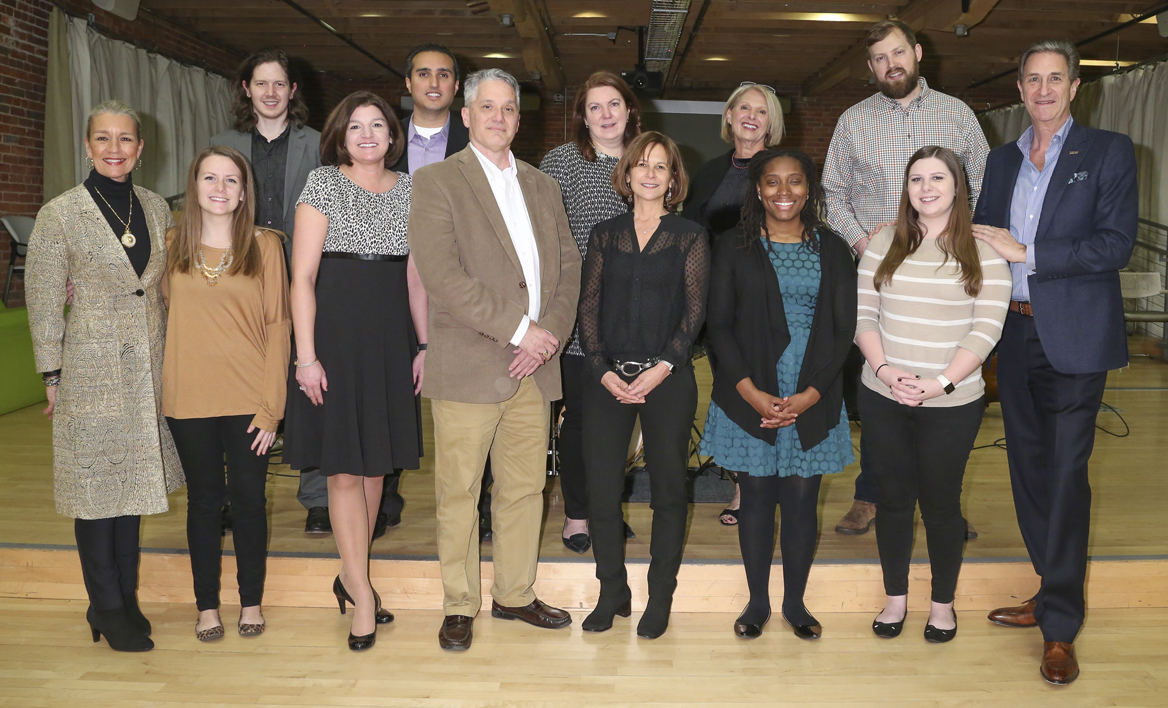 Recipients of a School of Business scholarship forge connections and find commonality at event celebrating 30-plus years of personal, financial and professional guidance

Since graduating from the Vir­ginia Commonwealth University School of Business, Karan Puri (M.B.A.’11/B) has enjoyed a ful­filling and successful sales career. None of it, he says, would have been possible had he not crossed paths with the Thalhimer family.

In 2010, Puri received the Charles G. Thalhimer Family Endowed Scholarship, an annual award that covers tuition and fees for two top-performing students, one undergraduate and one master’s student, in their final year of study at VCU. Because of the award, Puri was able to devote his full attention to his academic work. He graduated with a 4.0 GPA.

“That last year is critical,” he says. “During that time, you’re trying to figure out what your next step is going to be profession­ally while still having academic work. Not having the stress of the financial burden helped me finish strong.”

Although the award provided significant relief financially, Puri is most appreciative to the scholarship for introducing him to Marcia and Harry Thalhimer, the son and daughter-in-law of Charles G. Thalhimer, who established the endowment with a $250,000 gift in 1984.

Puri quickly bonded with the couple and often looked to Harry Thalhimer for advice in planning his future career. Thalhimer intro­duced him to other local business leaders, like those at MeadWest­vaco, a packaging and paper goods company based in Richmond, Virginia, where Puri eventually accepted a job offer after gradua­tion. During his time with the company, which is now called West­Rock, Puri discovered the knack for sales that has driven his career.

“With every interaction, I could tell that Mr. and Mrs. Thalhimer truly cared about helping me become a better person, both person­ally and professionally,” Puri says. “Their support and guidance were integral in helping me plan for my future.”

Puri isn’t the only scholarship recipient to have felt the full extent of the Thalhimers’ support. In March, he was one of nearly 20 past recipients of the scholarship to gather at VCU for a reunion weekend. Attendees of the weekend’s events included the family of the scholarship’s inaugural recipient from the Class of 1985 and last year’s undergraduate recipient.

“It was amazing to me that all of us sang the same praises,” Puri says. “The Thalhimers are always willing to offer guidance or a helping hand. All of us had witnessed that in getting to know them through the scholarship. We seem to all share a common purpose to not only make the Thalhimers proud but also to find our own ways to pay it forward.”

The Thalhimers cherish the relationships they’ve built with VCU students and enjoy staying in close touch with them and watching their accomplishments grow.

“They deserve all the credit for their own success,” Harry Thalhimer says. “Our role is just to help by recognizing their talents. Anytime you can recognize someone, it shows them what they are capable of and gives them confidence in their abilities. It helps them realize that not only have they accomplished something, but they can go even farther and do more.”

As well as rewarding the efforts of exceptional students, scholarships are also important to the profile of the school.

Looking back on his career so far, Puri can easily make the connection between his accomplishments and the experiences he had at VCU with the help of the Thalhimer Scholarship.

“A master’s degree in business gives you a basic skill set needed to succeed, but when you begin your career, you have to figure out how you want to apply that skill set,” he says. “Because of the Thalhimers, I was able to secure a job after graduation, and that job helped me develop many of the skills that allow me to excel in my work today.”

Today, Puri is the director of sales at Simple Green, a leader in environmentally friendly cleaning products, and his gratitude for the Thalhimers’ financial and personal investment in his success is immeasurable.

“The impact they have had on my life is beyond words. I would not be where I am today without their blessings,” he says.