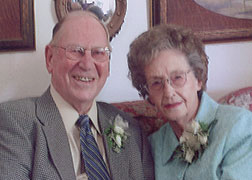 This past May, alumnus and longtime Virginia Commonwealth University sup­porter retired Col. John D. Stephens (D.D.S. ’51) received a letter from VCU President Michael Rao, Ph.D., explaining how cutbacks have affected the university and its students. Rao encouraged alumni to support the Opportunity VCU campaign, which aims to raise $50 million for student scholarships and fellowships.

Stephens immediately responded by making a $5,000 gift, earmarked for scholarships in the School of Dentistry.

The university faces a historic financial situation caused by the national recession and the sustained loss of state and federal support. Because of significant state budget reductions, the expiration of federal stimulus funding and unavoidable cost increases, VCU must make up a $40 million budget gap in the next two years. The loss equates to $2,150 per in-state undergraduate student, per academic year.

Stephens recognizes the benefits gained because of his VCU education, he said, and that made his decision simple.

“Because of my education in dental school, the government was happy to keep promoting me,” he said.

Stephens, a Louisiana native, enlisted in the Army before he was 18.

“I enlisted because we needed the money,” Stephens said. “My mother had to sign the papers.”

Several years later, he attended Officer Candidate School. At the end of WWII, Stephens remained in the reserves and made his home in Virginia, where he met his late wife of 58 years, Edith, a Goochland County teacher who encouraged him to go to college.

As an adolescent, Stephens learned that dentistry was a great profession when he took a part-time job in a dental office. He didn’t think about dentistry again until he was a student at the University of Richmond. From there, he attended the MCV School of Dentistry and went on to practice dentistry in Florida. Two years later, he transferred from his reserve unit to the dental corps in the U.S. Army where his career blossomed. He retired in 1970.

“Right now is an important time to give to this worthwhile cause,” Stephens said. “The president made a call, and I responded.”

In his letter, Rao stressed that the continued investments of time and resources are essential to achieving a higher level of excellence across all schools and cen­ters, thereby increasing the value of a VCU degree.

Rao is thankful that Stephens saw the need to support this important initiative.

“I am so grateful to Dr. Stephens for responding to our call for support for current and future hard-working students,” Rao said. “Early gifts like these are important leadership actions that move other alumni forward at an important time in the university's history.”

A longtime donor, Stephens became a member of the MCV Society in 1994 by including the School of Dentistry in his estate plan.

“Although it has been many years since he’s been back, he has stayed close to the school, and for that, we are not surprised by his recent generosity,” said Ed Kardos, director of development in the School of Dentistry.