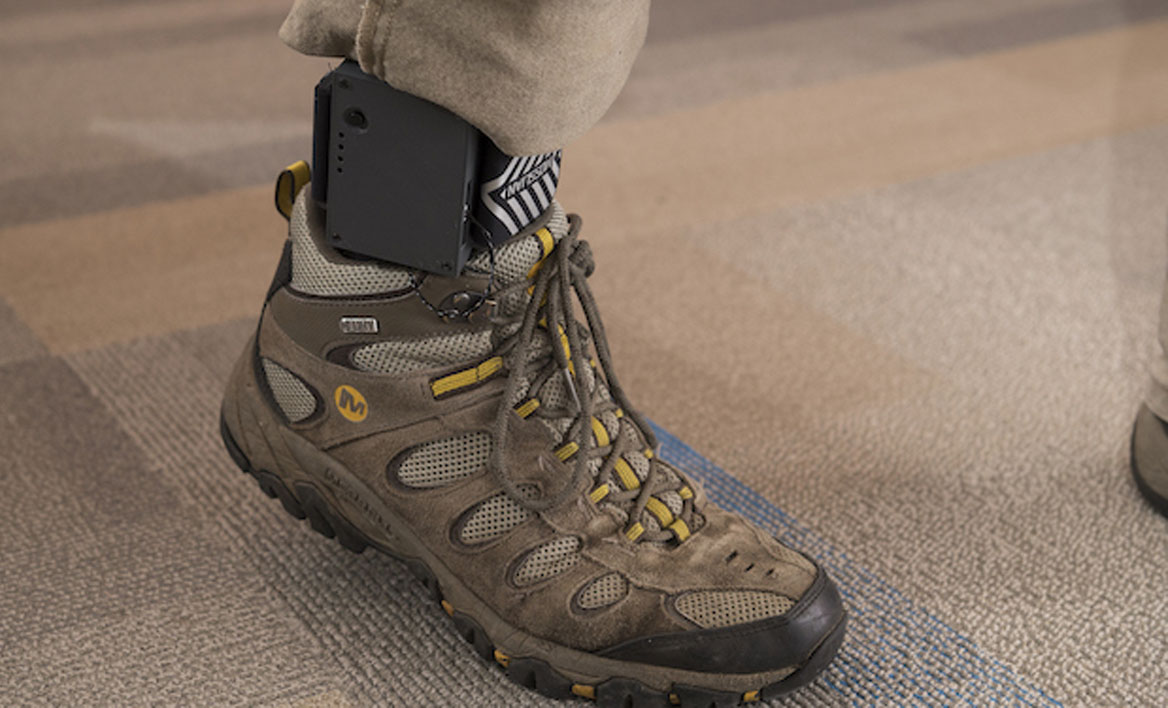 Nearly 60 percent of people with Parkinson’s disease experience the sudden inability to walk, a phenomenon referred to as “freezing of gait.” It manifests in a complete stop or prolonged shuffle despite the individual’s best intentions to move forward and can be triggered midstride by a cluttered room, narrow spaces like a doorway or when making a turn. No medications or surgeries currently are available to treat it.

A team of five Virginia Commonwealth University researchers — led by Ingrid Pretzer-Aboff, Ph.D., senior nurse researcher in the School of Nursing, and Leslie Cloud, M.D., neurologist in the Parkinson’s and Movement Disorders Center — are testing a vibrating device worn inside the shoe that could put an end to the freeze.

The device, developed by tech startup Resonate Forward, is lightweight and Bluetooth-connected with a rechargeable battery. Its gentle, localized vibration to the ankle and foot prompt movement in those experiencing trouble walking or stabilizing themselves.

“Over time, pockets of studies have shown that vibration can help people with gait and balance issues,” said Pretzer-Aboff, who has studied vibration therapy in Parkinson’s patients for 10 years. “But until now, there hasn’t been a large, rigorous study to confirm it will help reduce the freezing of gait in patients with Parkinson’s.”

VCU is hosting a two-year randomized controlled clinical trial in which researchers will first assess the best therapeutic dose and duration of vibration to reduce the occurrence and severity of the freeze. Then, in the study’s second year, researchers will evaluate the efficacy of the therapy and improvements in patients’ quality of life.

A $434,715 grant from The Michael J. Fox Foundation is funding the vibration therapy research. VCU’s grant proposal, “Optimizing Vibration Therapy to Improve Gait and Balance in Parkinson's Disease,” was selected after a rigorous review process that included Parkinson’s patients.

“The population of people that suffers from freezing of gait with Parkinson’s is a really vulnerable population. If you can’t walk, your quality of life is awful,” said Cloud, who noted that there is an unmet clinical need. “There are many treatments for Parkinson’s, but walking problems tend to be resistant to medications and surgery. This therapy could be a safe and affordable option for a population that currently has no options.”

If successful, the study will support a larger clinical study that will further assess the safety and effectiveness of the vibrating shoe device. Pretzer-Aboff said that, if successful, the localized vibration therapy one day could be used for patient populations experiencing tremors and gait issues because of conditions other than Parkinson’s.

Patients interested in enrolling in this trial can contact Gina Blackwell, clinical research associate in the Parkinson’s and Movement Disorders Center, at gina.blackwell@vcuhealth.org.