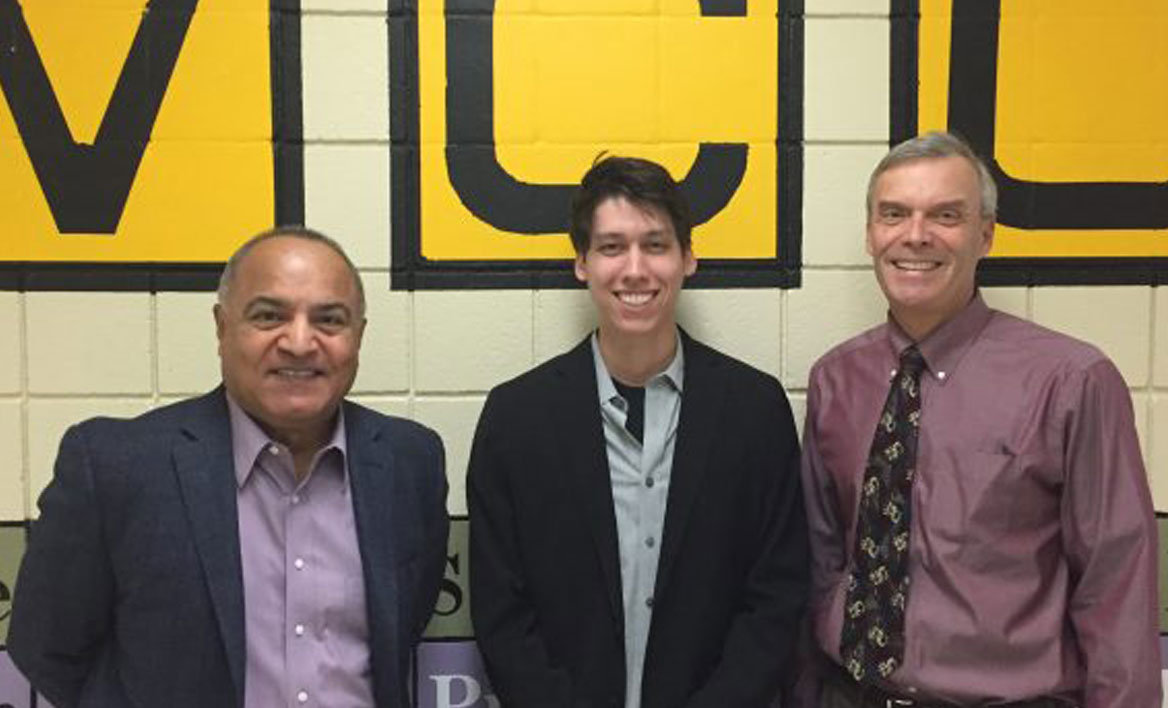 Relative newcomer to Richmond Kevin Theisen has established an award in the Department of Chemistry to recognize students with an interest in software programming. As a successful software developer and entrepreneur, Theisen knows the potential for new ideas and applications in this specialized field and is paying it forward to the next generation of chemistry majors.

“It is important to cultivate interest in what I do, and it is my responsibility to have a good environment in the industry, cooperative and competitive,” Theisen says.

Theisen began his pursuit of chemistry in the undergraduate program at Rutgers University in his home state of New Jersey. There, his work in nuclear magnetic resonance spectroscopy, a technique to observe local magnetic fields around atomic nuclei, spawned an idea to develop ChemDoodle, a chemical structure environment and publishing software program now in use by thousands of institutions in over 90 countries. His company, iChemLabs, now distributes a wide range of scientific graphics and software solutions.

When Theisen moved to Richmond in 2016, he immediately began building relationships in the local academic community and quickly identified VCU as the “most accomplished academic institution in the area.” He was inspired to develop a more formal relationship with talented VCU students via an annual award, something he has also established at his alma mater.

Knowing firsthand the roles that encouragement and opportunity play in building life-changing career paths, Theisen made a gift during the Make It Real Campaign for VCU to establish the iChemLabs Award, which will annually recognize an undergraduate chemistry student showing interest in software development with a $1,000 prize.

Thiesen is certain that the future of chemical software companies is rich with opportunity. Students and collaborations with university programs are essential in expanding the necessary knowledge as well as creativity and application. His investment in chemistry students at VCU ensures visibility for this growing industry and rewards students for pursuing new applications in the field.

“These skills are worth investing in,” he says. “I feel responsible to expose the next generation of students to this type of opportunity and to encourage programming in chemistry.”

A version of this story previously appeared on the VCU College of Humanities and Sciences website.