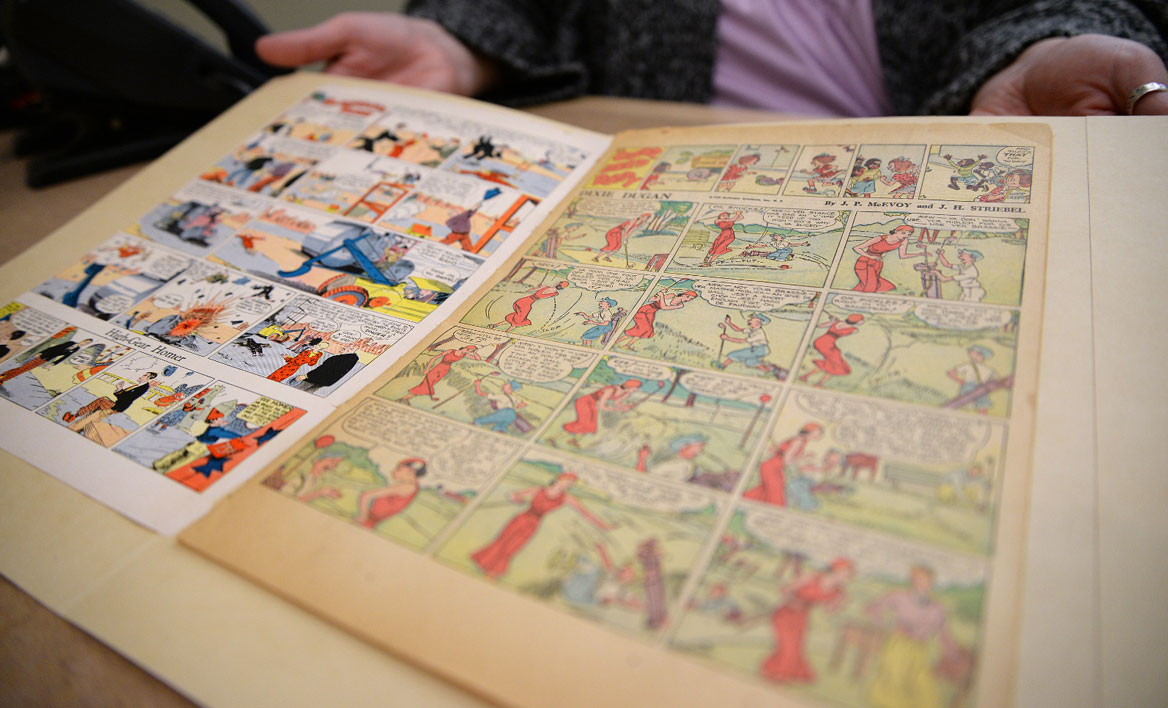 VCU Libraries’ Special Collections and Archives has acquired a rare copy of “Famous Funnies: A Carnival of Comics,” thanks to VCU School of Dentistry alumnus Dave Anderson, D.D.S. (D.D.S.’82/D).

Printed in 1933, “Famous Funnies: A Carnival of Comics" was the precursor to "Famous Funnies," which is considered to be the first regularly published American comic book.

“I’m hoping it gives perspective on what the very earliest comic books were like given that they were basically reprints of newspaper strips in comic book form,” Anderson says. “Of course, this ultimately led to comic books having original stories.”

The recent donation is one of several made to the VCU’s Comic Arts collection during the Make It Real Campaign for VCU by Anderson, who has been collecting comic books for more than 50 years.

VCU Libraries’ Comic Arts Collection includes roughly 170,000 items, including more than 125,000 comic books, of which 50,000 are available for research. It also includes papers and drawings of political cartoonists and related manuscript collections; reference books and journals; science fiction, fantasy and comics-related fanzines; and original newspaper comic strip art. The collection also serves as the repository for the Will Eisner Comic Industry Awards archives.

“All modern comic books descend from ‘Famous Funnies’ and VCU is very fortunate to receive such a pristine copy of this historically significant comic,” said Yuki Hibben, assistant head and curator of books and art, Special Collections and Archives in James Branch Cabell Library. “This addition enhances the research value and comprehensiveness of VCU Libraries' Comic Arts Collection.”