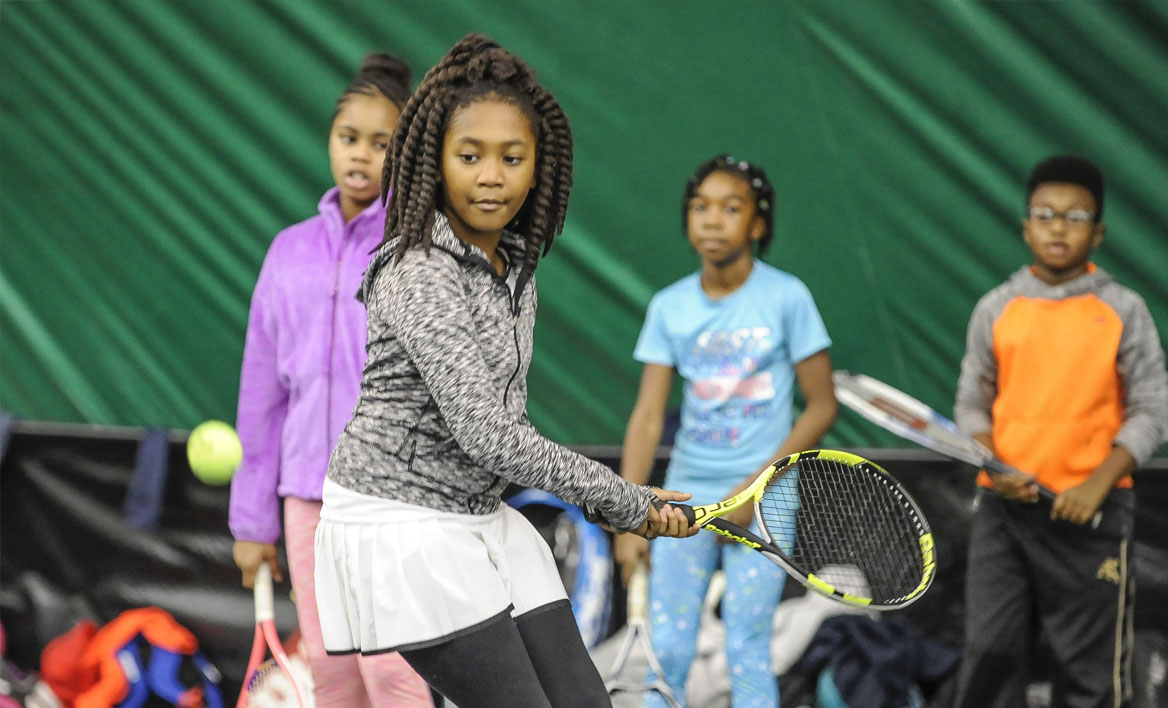 In January, local tennis players teamed up with members of the VCU tennis team for an afternoon of friendly competition to raise money for a new tennis facility.

Hosted by VCU Athletics and the Ram Athletic Fund and sponsored by Janney Montgomery Scott, LLC, the tournament and lunch reception raised $30,000 toward the Make It Real Campaign for VCU to support the construction of a public indoor/outdoor tennis complex in Richmond, Virginia.

The day featured hourlong clinics for children and adults led by VCU tennis head coach Paul Kostin with assistance from players on the VCU men’s and women’s tennis teams. The youth clinic, a new addition to the event, attracted 40 participants, and 20 teams competed in the tournament.