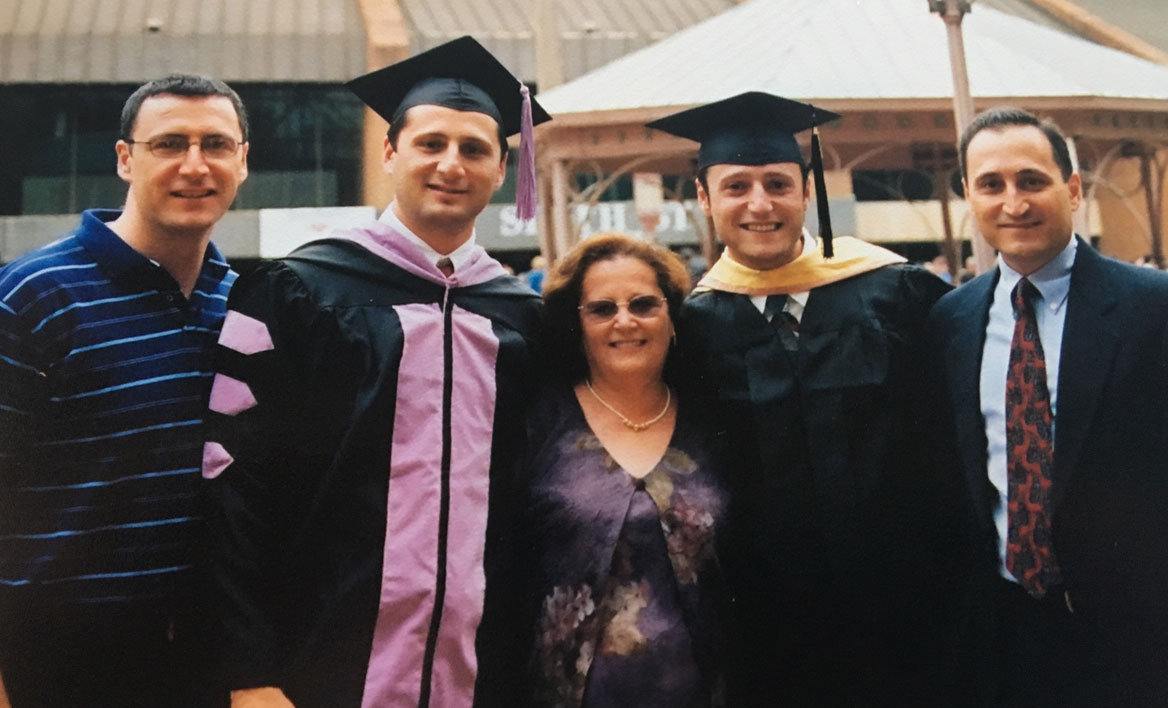 Of Armenian heritage, Jad and Majd Babik (Cert.’98/M; D.D.S.’03/D) faced plenty of hurdles adjusting to their lives after immigrating to the United States as teenagers. The brothers attribute almost all of their success to their mother, Souad Babik.

In December 2017, the brothers pledged $20,000 to VCU Libraries in her honor. The gift to the Make It Real Campaign for VCU supports three areas: the Special Collections and Archives Endowment, the Friends of the Libraries and the planned construction of a meditation mindfulness space.

“A library is everything to a university,” Jad says. “Almost all of the information that we’ll receive is in some way provided to us by the library. It represents an imaginative brain.”

In May, VCU Libraries named a study room after Souad on the second floor of the James Branch Cabell Library in recognition of this gift.

“Truly, I’ve learned so much from her,” Jad says. “As many teachers as I’ve had and who I give so much credit to, if there’s anyone who taught me respecting others, forgiveness, generosity and how to dress well and be appropriate and courteous and kind to others, it’s going to have to be my mother. She truly has these incredible impacts on things that we do on a daily basis that we don’t really think much about.”

The youngest of Souad’s 13 children, Jad inherited his mother’s strong belief that compassion and a relentless pursuit of knowledge should pave the road to success. His emphasis on education, philanthropy and, most important, family, serves as a reminder that money isn’t the only benchmark of achievement.

“The impact that I would like to leave behind is not mainly monetary,” Jad says. “I want the group study room to be an inspiration to others, to remind them that this is a person who came with almost nothing, who did not speak the language but believed in education. It was education, hard work and appreciation of others that gave me the ability to be successful. My donation is a gesture of appreciation to the university that I love and that I adore and also to my mother whom I love and I adore. Hopefully it will be an example for others to do the same.”