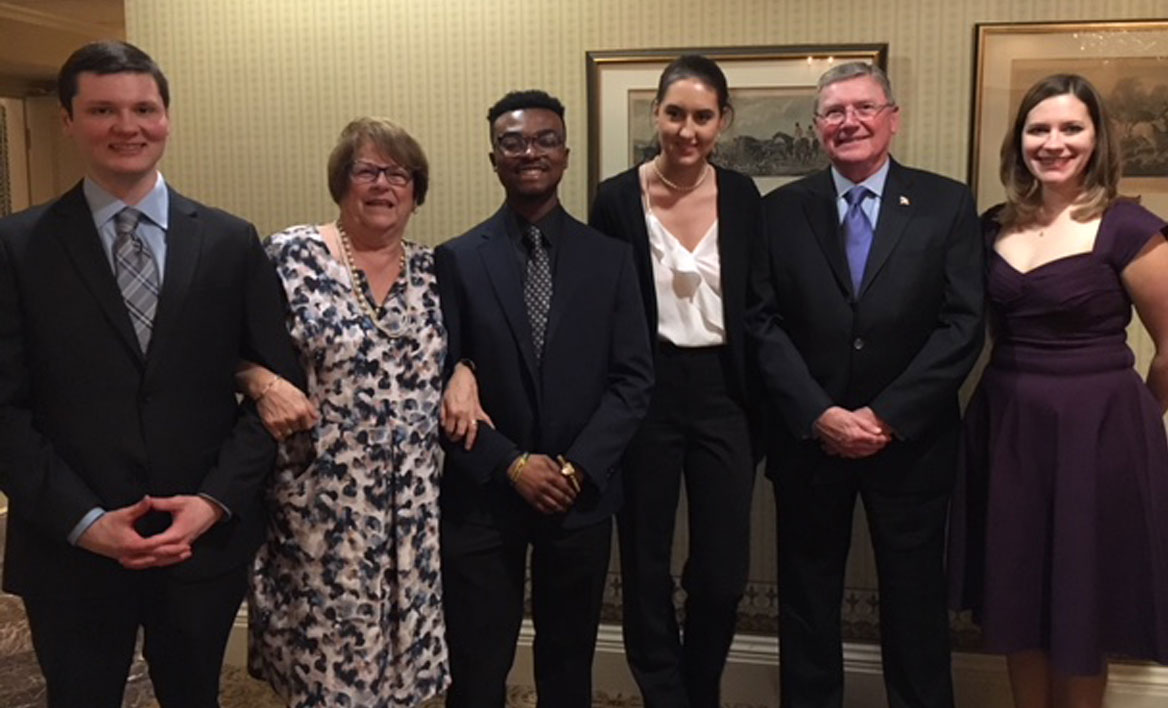 As advancements in technology continue to make it easier for people to connect from a distance, Sharon and Baxter (B.S.’75/B; M.B.A.’76/B) Phillips want Virginia Commonwealth University students to pursue opportunities for hands-on, international experiences.

“The world feels like it’s getting smaller and smaller,” Sharon says. “It’s now easier than ever to make connections with people from all over the world. You don’t have to physically be in a place to network or do business, but actually being there can make a big difference.”

Baxter Phillips is the former CEO of Massey Energy and a member of the School of Business Foundation board. He and Sharon developed an appreciation for study-abroad programs after participating in one themselves during their time as undergraduate students at Ferrum College in Ferrum, Virginia.

Now the couple is devoted to helping the VCU School of Business enrich its study-abroad programs. Both have served as mentors in the school’s six-week International Consulting Program, during which students and mentors work, both stateside and abroad, on consulting projects with international businesses.

“The program gives students an inside look at how businesses from other parts of the world operate,” Sharon says. “It helps them enlarge their view of the world and the people in it.”

In May, the couple pledged $1 million to the Make It Real Campaign for VCU to endow the Sharon L. and Baxter F. Phillips Jr. Endowed Scholarship Fund in the VCU School of Business. They intend to begin funding the endowment during their lifetime so that they are able to enjoy seeing the benefits of their gifts. Through current gifts, they have provided scholarship support to cover the program’s $1,500 enrollment fee for five to seven students each year.

Having been supporters of VCU for many years, the couple feels it is important for donors, especially alumni, to support the university through planned giving. Planned gifts, also known as estate gifts, allow alumni and friends to support the university while retaining assets for their benefit during their lifetimes. In some cases, such gifts enable donors to provide much more support than they previously thought possible.

“It’s important to us that we do what we can to help those who might not be able to afford such experiences otherwise,” Sharon says. “We want students to get everything they can get out of their time at VCU. We’re very fortunate to be able to help them do that.”