If you know anything about Virginia Commonwealth University, you know it’s different here. Like many public research universities, we strive to achieve distinction in education, research, service and patient care. We cultivate discovery, creativity and talent. We foster collaboration to advance learning, entrepreneurship and inquiry.

At VCU, however, we know that access is just as important as excellence. Our students need your help to make the most of their time here.

The Invest in Me campaign aims to raise funds to enhance the VCU experience, from scholarships that make it possible for students to join our campus community and stay the course through graduation to awards that offset living expenses while they focus on meaningful internships or assistantships to travel grants that help them attend academic and professional conferences or expand their horizons through study abroad.

Invest in them. Your support today is an investment not just in their future but in all of our futures. 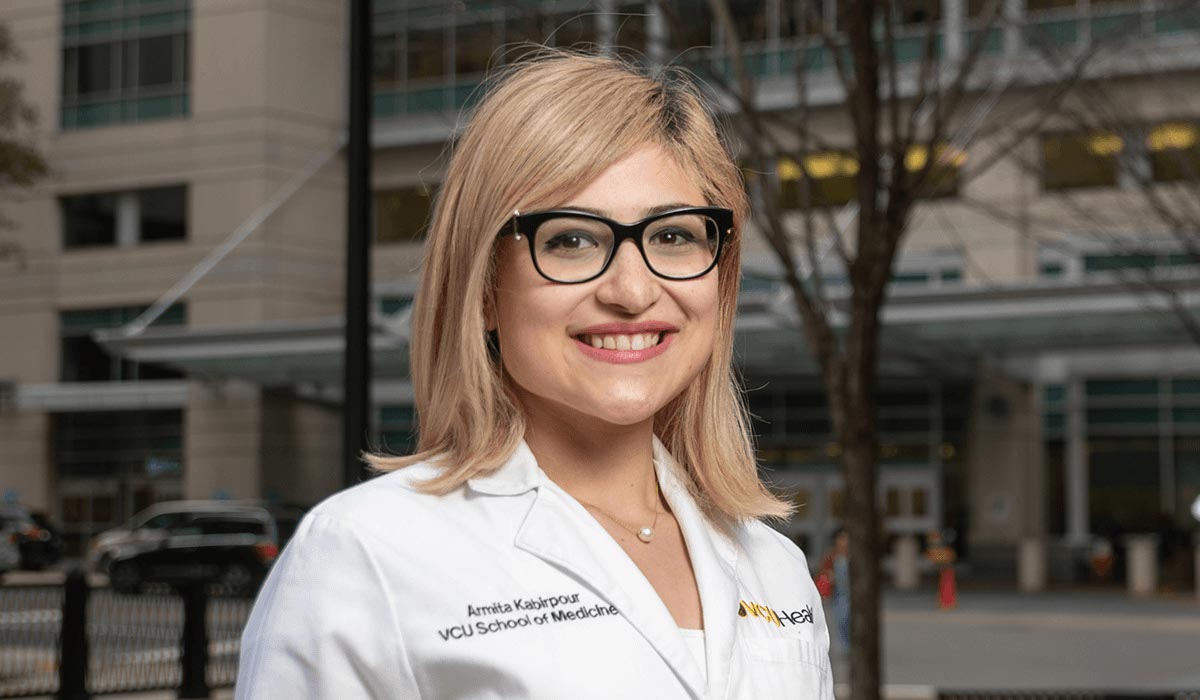 “Scholarships helped me afford to travel for interviews. The more interviews I go to, the higher my chances of matching into a top cardiac surgery residency. Each program only takes one or two people per year, so if I didn’t have the financial means to attend those interviews, I would have been hugely disadvantaged.”

At 15, Armita Kabirpour saw her aunt experiencing cardiac arrest. It was scary at first, she says, but from that moment, as doctors took swift action to save her aunt’s life, she knew she wanted to be a cardiac surgeon.

“I like the life-and-death decisions that these surgeons have to make,” says Kabirpour, now a fourth-year student in the Virginia Commonwealth University School of Medicine. “And I like how satisfying it is to save people’s lives.”

Kabirpour came to the U.S. in 2012 from her native Tehran, Iran, and majored in chemistry at George Mason University in Fairfax, Virginia, for her undergraduate education. She soon found that excelling at college in a new country required determination and hard work.

“I had to adapt to this totally different culture, but it was a challenge that I knew I had to overcome,” says Kabirpour, who graduated from GMU with honors in 2016. “I had a goal and promised myself that I would do everything I could to not let myself down.”

Now, as she nears the end of her final semester of medical school, Kabirpour’s dream is finally within reach. At VCU, her goal of gaining as much experience in the operating room as possible has been aided by scholarships, including the Dorothy Velma Clark Loveall Scholarship and the Medical Student Scholarship. The funds enabled her to travel to other hospitals for cardiac surgery rotations, boosting her chances of matching into a top cardiac surgery residency after graduation.

“It’s very difficult to match into a competitive specialty,” she says. “I was able to get letters of recommendation from world-famous surgeons for my applications, which makes a huge difference. The scholarships also helped me afford to travel for interviews. The more interviews I go to, the higher my chances of matching are. Each program only takes one or two people per year, so if I didn’t have the financial means to go to those interviews, I would have been at a huge disadvantage.”

In March, Kabirpour reaped the rewards of her efforts when she learned she had been accepted to complete residency training at Icahn School of Medicine at Mount Sinai in New York, New York. Her ultimate goal, she says, is to become an academic cardiac surgeon so she can train aspiring surgeons.

“I want to be a teacher and a mentor,” she says. “By helping a trainee, you also help all the patients that they’re going to save.” 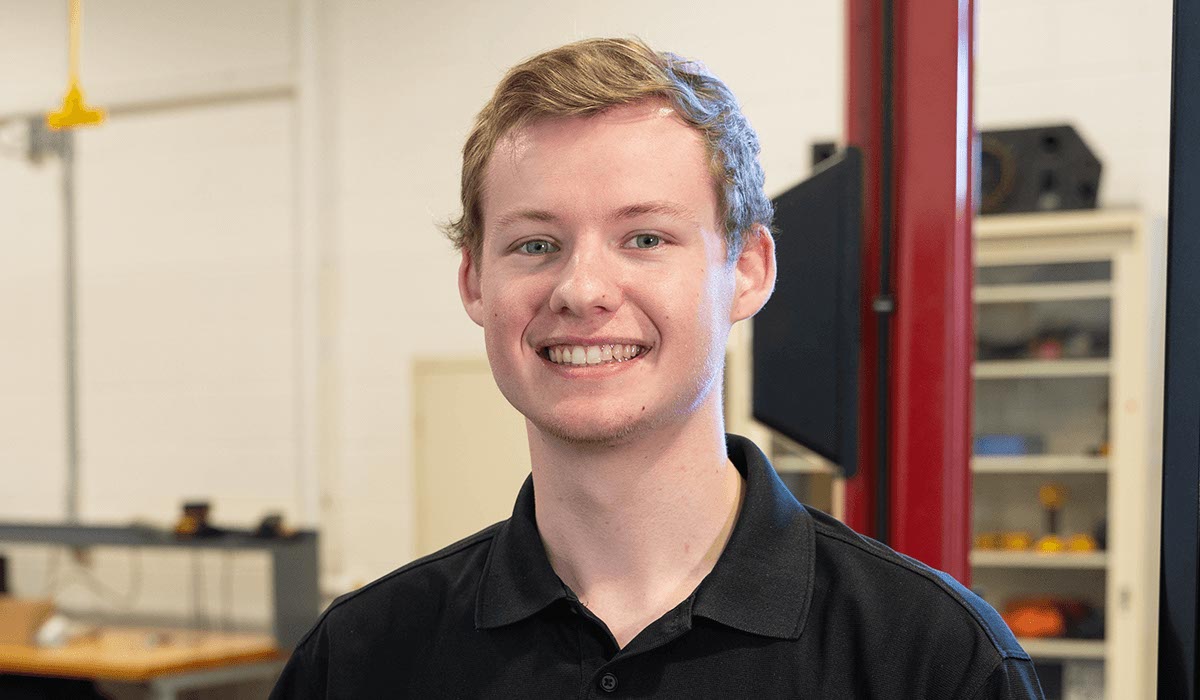 “I like everything about the design process, and I am passionate about working as part of a team to accomplish a goal. Donations allow students to make an impact faster. I want to make a difference. It would be awesome to start my own venture one day, building something with a team of people to accomplish something big.”

College of Engineering and University College, Class of 2021

Scholarships give entrepreneurial student confidence to dream, innovate and lead

Less than a year after Arthur Chadwick founded the Hyperloop at VCU student team, he led it through its competitive debut as one of only 20 finalists in the world — and just nine in the U.S. — to advance to the 2018 International Hyperloop Pod Competition at SpaceX headquarters in Hawthorne, California.

“The whole point is to bring together the right people to design, build, fundraise for and test a Hyperloop pod, which is a high-speed electric vehicle that can run in vacuum conditions,” says Chadwick, a senior double-majoring in mechanical engineering in the VCU College of Engineering and interdisciplinary studies in the VCU University College.

A lifelong inquisitiveness for design and problem-solving has made Chadwick a natural entrepreneur. These interests led him to VCU, where he was accepted into the VCU da Vinci Center-administered Innovate Living-Learning Program to pursue a certificate in venture creation and live with other entrepreneurial-minded students from VCU’s schools of the Arts and Business and the colleges of Engineering and Humanities and Sciences.

“I like everything about the design process from brainstorming to ideating, to designing and then validating that your design has solved the problem you were focusing on,” he says. “I’m also passionate about working as part of a team to accomplish a goal, and watching how teams form, interact and evolve over time.”

Receiving the Wright Engineering Access Scholarship in 2018, Chadwick says, felt like joining a team of sorts, a community of students with similar interests but diverse experiences. It also felt like validation that he was on the right path and helped him focus on how he could apply what he was learning to solve real-world problems.

“Scholarships and donations allow students to make an impact faster,” says Chadwick, who hopes to find his own way to make a lasting impact on society. “I want to make a difference. It would be awesome to start my own venture one day, building something with a team of people to accomplish something big.”

The Invest in Me campaign launched in 2019 to raise funds to enhance the VCU experience. So far:

donors have supported Invest in Me.

funds are benefitting from support for Invest in Me.

new funds have been established.

has been raised during the campaign.

How will you support a student in need? Make your gift today.Give now